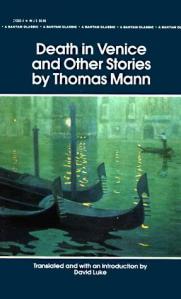 Glenstone, Mitchell Rales’s private museum in Potomac, Md., has snapped up the collection of Toronto–based former dealer Ydessa Hendeles. No one is naming a price, but Hauser & Wirth brokered the deal. [NYT]

Rita McBride has been named director of the Düsseldorfer Kunstakademie. [Artforum]

A project in Britain will plaster huge posters of artworks around the United Kingdom. [BBC]

Grayson Perry has an app. [The Guardian]

“A row over Modernist masterpieces (The Art Newspaper, June 2013, p30) continues to simmer between the State Pushkin Museum of Fine Arts in Moscow and St Petersburg’s State Hermitage Museum, with no resolution in sight until at least mid-June, when the Russian government is expected to give its final word.” [The Art Newspaper]

The new Whitney Museum will have elevators designed by Richard Artschwager. [NYT]

Will Venice be getting an 820-foot skyscraper? [NYRB]