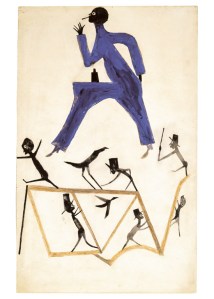 A tour of New York with Pussy Riot. [NYMag]

Artist Chris Larson builds a house by Marcel Breuer, then burns it down. [NYT]

The Whitney just relaunched a piece of Net art by Douglas Davis from 1995. Here is how they decided to make it run on the Internet of 2013. [NYT]

Richard Cork on John Constable 1831 painting Salisbury Cathedral From the Meadows, which was recently purchased for the United Kingdom. [WSJ]

In case you missed it: here’s a profile of Venice Biennale artist Ellen Altfest. [NYT]

Some important reading to do before attending “Jew York”: “The ’80s and Jewishness,” by Peter Halley. [ABAB]