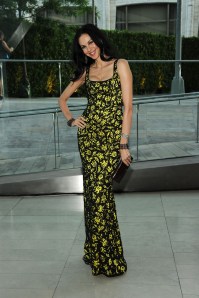 A week of contemporary art auctions started in London last night, with a 1982 Basquiat selling for $29 million. [Bloomberg]

Marika Sardar, a senior research associate in the Met’s department of Islamic art, has been named associate curator of Southern Asian and Islamic art at the San Diego Museum of Art. [Artforum]

An interview with Anthony Caro: “I ask Caro how he liked the art at the just-opened Venice Biennale. He says that except for the work of a woman whose name he can’t recall, he saw ‘a lot of junk.’ ‘There was a lot of stuff that was very political and interesting and jolly, but it didn’t seem to me to be addressing art problems,’ he says. ‘It seemed to be addressing something come today, gone tomorrow.'” [Bloomberg]

King Edward VIII (the Wallis Simpson gent) once borrowed a bunch of paintings from the National Gallery in London to decorate a palace, and then reframed them. [The Art Newspaper]

Thomas Hirschhorn discusses his upcoming Gramsci Monument with Sarah Lookofsky: “Beyond my presence and my production, I want, through ‘Presence’ and ‘Production’ to create precarious moments of grace.” [Dis]

Designer L’Wren Scott and artist Rachel Feinstein discuss art and fashion at an intimate event in the Neue Galerie. Attendee Ellen Barkin says, “Sometimes I wear [L’Wren’s dresses] and I feel like I’m out to dinner…And other times I feel like I should have a whip and a ball gag.” [Vanity Fair]

Here’s more on the trouble at the South Street Seaport Museum. [NYT]

Howie Chen on the history and philosophy of the Franciscan Order and contemporary art. [Dis]