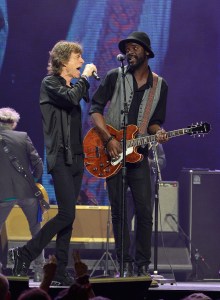 Lawyers claims that James Franco’s relentless, globetrotting multidisciplinary post-studio practice and security guards have made it impossible to serve him with papers in a defamation lawsuit by NYU professor Jose Angel Santana. [Page Six]

Francis Bacon was the star of Sotheby’s contemporary art evening sale in London last night, which hauled in a within-estimate $116.8 million. [ArtsBeat]

“Did Asian Buyers Save the Imp-Mod Market?” [Editor’s note: No] [Art Market Monitor]