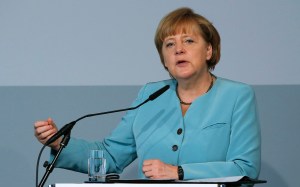 “An exhibition in St Petersburg of Bronze Age treasures has triggered a diplomatic row after Angela Merkel intended to use her speech at the opening to demand the return of hundreds of works that Germany claims were looted by the Soviets after the second world war.” Ultimately they have cancelled their co-appearance. [FT]