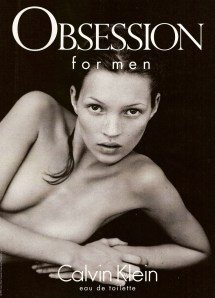 There is now a David Bowie mural on Houston. [Bloomberg]

Pan American’s Worldport Terminal at JFK has been added to the National Trust for Historic Preservation’s list of endangered places. [ArtsBeat]

Haegue Yang has an awesome conversation with Abraham Cruzvillegas. It begins with Ms. Yang: “I remember your beautiful long hair when we met for the first time in L.A. in 2009. Don’t ask me why, but tonight in Dubai, this strange ‘island’ in the gulf region, all of a sudden I found myself thinking about whether it meant anything to you to cut your hair.” [Bomb]

A profile of collector Robbie Antonio, who has commissioned David Salle, Julian Schnabel, Takashi Murakami, Marilyn Minter, Damian Hirst and others to create portraits of him as part of his “Obsession” project. [Vanity Fair]

Because summer arrives on Friday (it’s going to be 80 degrees): the 10 best ice cream sundaes in New York. OddFellows and its cornbread sundae are just four blocks from The Journal Gallery, where the excellent “Mushroom Hunter” show is on view through Sunday. [CBS]