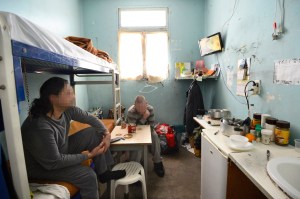 “After 17 years of running the businesses — 17 annual general meetings and so on — I looked at my schedule and saw that everything was repeating itself,” [collector Herbert] Looser, 75, says in an interview at the Kunsthaus Zurich, where his art collection is currently on show. “I wanted a different life. I didn’t want money for money’s sake, I wanted to give money a meaning.” [Bloomberg]

A Thom Yorke painting from 2005 heads to auction [Pitchfork]

Young dictator portraits at Saatchi Gallery’s paper show: “People had been trying to buy bits and pieces of it – they all wanted Hitler.” [The Guardian]