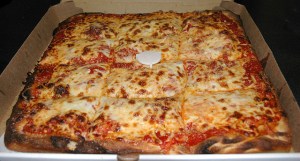 A portrait by Angelika Kauffmann, commissioned by Johann Wolfgang von Goethe, which went missing during World War II, has been returned to the heirs of the owner. [Bloomberg]

Mario Cuomo finally has an official portrait in Albany’s Hall of Governors, after allowing painter Simmie Knox to make one from an old photograph. He had previously deemed the portraits pretentious. [Page 6]

In case you missed it: Sicily protests a new show set to travel to the Getty Villa in Malibu, Calif., and the Cleveland Museum of Art. [NYT]

Bloomberg Philanthropies pledged $15 million to five museums for upgraded audio guide technology, such as the app that accompanies the James Turrell guide at the Guggenheim. [WSJ]