What are the boundaries between aggressive reporting and unethically obtaining information? For Bloomberg News, the distinction seems not to have existed. It turns out that reporters were able to monitor when and where executives from large companies had logged on to Bloomberg’s financial terminal. Former reporters told The New York Times (anonymously, of course) that they were not just allowed but encouraged by higher-ups to use that confidential information for reporting. Said one former reporter, “We were told again and again and again, find ways to use what’s on the terminal to write stories.” (New York Times)

In other media news:

Sarah Palin is going back on Fox News as a contributor. (Business Wire) 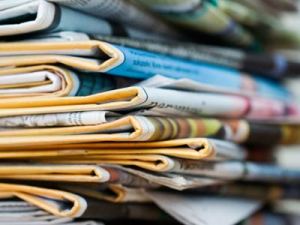