Love Has Come for You, the new album by Steve Martin and Edie Brickell, came about unexpectedly. But it feels almost inevitable.

Two years ago, a musical partnership was formed at a party, when Mr. Martin asked Ms. Brickell to write lyrics for a tune he’d composed on the banjo. The process went well, and they decided to keep at it, exchanging ideas through email. Four months later, they had enough material for a record.

“It wasn’t really a plan,” Mr. Martin, 67, told the Transom recently in a joint interview with Ms. Brickell, 47. “It worked by accident.”

Released earlier this spring, the album veers stylistically closest to bluegrass but, with Celtic and Appalachian tinges, is unlike anything either of them has done before—musically, that is. It was produced by Peter Asher, and guest artists include the jazz bassist Esperanza Spalding and the guitarist Waddy Wachtel.

Mr. Martin, the actor, comedian and writer, is an accomplished banjoist—The Crow, his 2009 release, won the Grammy Award for Best Bluegrass Album—but his partnership with Ms. Brickell, he said, is his most ambitious musical effort to date. And it also may be the collaboration that puts him most at ease, despite the fact that he is operating in relatively new artistic terrain.

“When we start some of our songs on stage,” said Mr. Martin, who is a close friend of Paul Simon, Ms. Brickell’s husband, “I feel like I’m putting my feet in warm water, rolling up my sleeves and laying back to play the banjo.”

Ms. Brickell, the singer-songwriter who found fame in the 1980s with the New Bohemians, agreed. “I’ve never been more comfortable on stage,” she said in her soft, calming voice. “Steve just makes everything easy. The band plays so beautifully. I feel like they just cradle my voice. I’m spoilt.”

Love Has Come for You—13 songs having to do with family, loss and travel, among other things—may also be Ms. Brickell’s most personal work.

“It feels like home,” Ms. Brickell said. “It warms me and brings to life the people who are long gone from my life, the people that I love and miss so much.”

A sample lyric, from the sweet and nostalgic “A Friend of Mine”:

You’ve been a friend of mine
For such a long, long time
Made me laugh and seen my cry
Called me to say hi.

For the past month or so, Ms. Brickell and Mr. Martin have been touring the country with the bluegrass band Steep Canyon Rangers, and they’ll hit New York next week with a one-night performance at Town Hall.

Expect tunes from the album, along with a few numbers they’ve composed for the road. There may also be a song or two from a new musical they’re working on, which they wrote after they cut the record.

Indeed, Love Has Come for You may be only the beginning of a fruitful creative partnership born under accidental circumstances.

“The reason you collaborate with someone,” Mr. Martin said, in his typical matter-of-fact fashion, “is because they give you what you can’t do on your own.”

Ms. Brickell put it a bit more poetically: “His music inspires me, with an immediacy that is inexplicable. It’s a fabulous mystery, and I can’t wait to hear a new tune from him, because there’s always a song.” 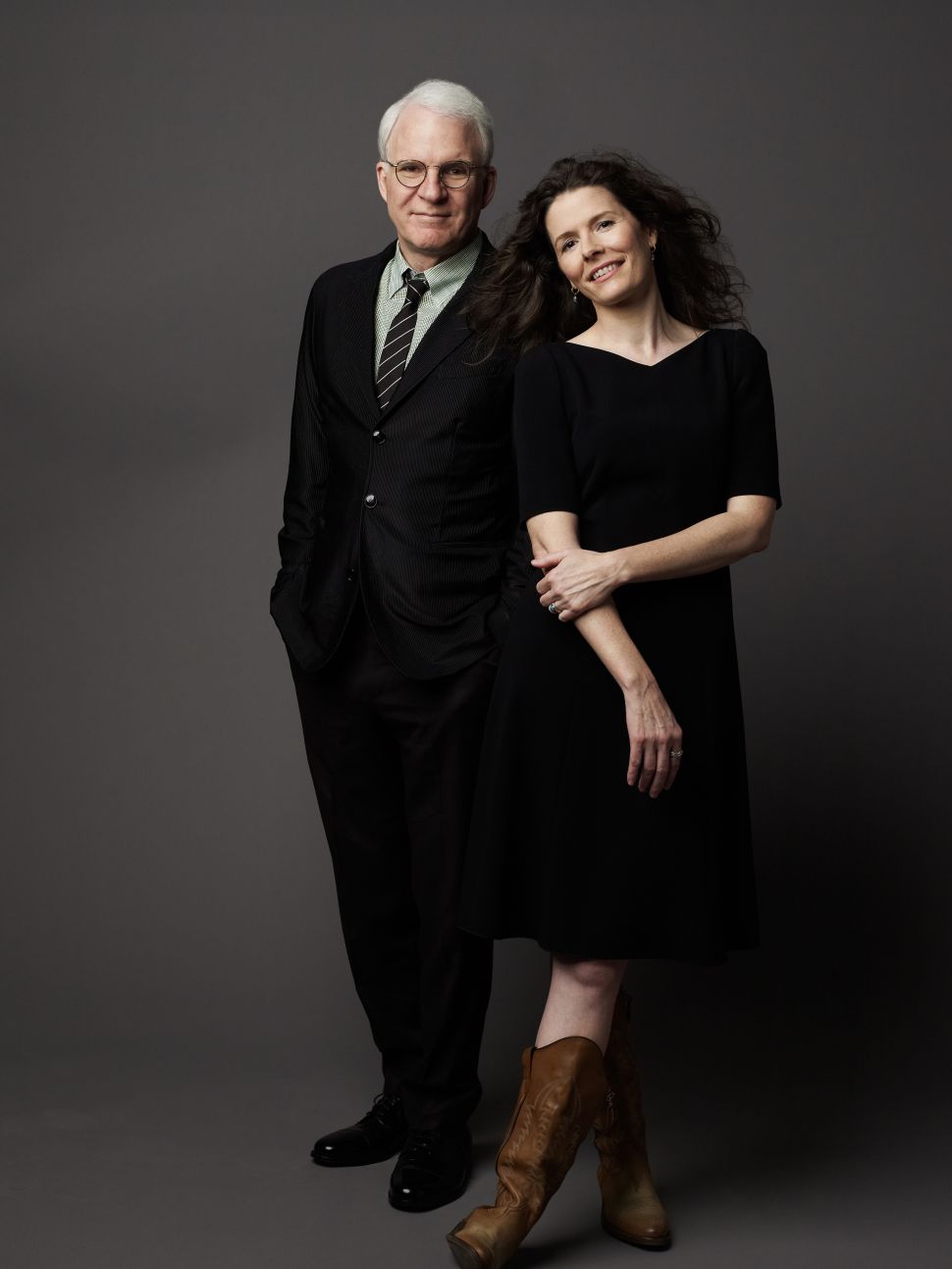