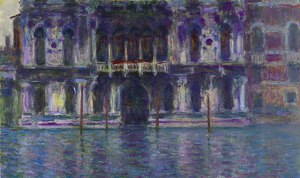 At the Impressionist & Modern sale at Sotheby’s London last night, Monet’s Le Palais Contarini sold for $30.8 million to an anonymous phone bidder. The painting last hit the block at Christie’s in 1996, when it was purchased by the Nahmad family for $4.2 million. Back in April of this year, federal agents raided the Helly Nahmad Gallery, and charged him with running an illegal gambling operation and money laundering.

More, from The New York Times:

“Mr. Nahmad has denied the charges and was not in London for the sales because he had to surrender his passport as part of his bail agreement. But many other family members were in attendance at both the Sotheby’s and the Christie’s bidding, including Mr. Nahmad’s father, David; a cousin from London, who is also called Helly; his brother Joe; his uncle, Ezra; and another cousin from London, also Joe.”