Poor Newsweek. After being turned into a vehicle for buzzy covers by Tina Brown, it finally ended print publication last year. Its owner, Barry Diller, has publicly said that buying it was a “mistake” and now he’s trying to get rid of it. But just how bad have things gotten for the storied mag?

The data wizards at the Pew Center for Excellence in Journalism have crunched the numbers, and the results aren’t pretty.

Obviously, Newsweek is not the only magazine that has seen shrinking circulation and newsstand sales, but it has definitely suffered more than its chief competitor. TIME magazine’s average newsstand sales dropped from 105,241 copies in 2007 to 58,294 in 2012, but its subscription base has barely dipped, going from 3.27 million subscribers in 2007 to 3.22 million subscribers in 2012. 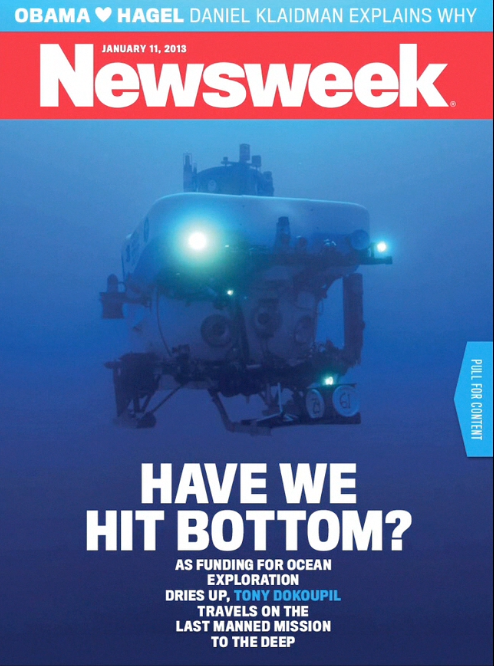