TRENTON – South Jersey Democratic power broker George Norcross appeared in the governor’s outer office Monday for the first time in more than a decade, according to his own account.

But it wasn’t to announce an endorsement of Republican Gov. Chris Christie’s bid for re-election.

Norcross appeared alongside the governor for a partnering announcement between Cooper University Healthcare and MD Anderson, a Houston-based cancer treatment and research center. A new $100 million cancer center is expected to open in Camden in October, but with Norcross and Christie standing side-by-side during an election year the question about an endorsement had to be asked.

“Gov. Christie and then-U.S. Attorney Christie has cared much about the city of Camden, something near and dear to my heart, for the last decade,” said Norcross when prodded by a reporter whether he would endorse Christie.

“Obviously [Camden County] is something that’s very important to all of us that serve Cooper, serve as the trustees of an institution that for 125 years will care for anyone regardless of their ability to pay,” he said. “Just as I would applaud Gov. [Jim] McGreevey who began this cancer initiative in South Jersey, and Gov. [Jon] Corzine who continued it, and Gov. Christie who supports it as much as possible, and I applaud him for that.”

Norcross ended his statement and then shared a laugh with Christie, who quipped, “That was good.”

Earlier, the influential South Jersey Democrat, who serves as chairman of the board of Cooper hospital, joked about not being in the governor’s outer office in more than a little over a decade.

“When I gazed around, the first thing I saw staring at me was Dick Codey,” Norcross said to laughs, referring to the former governor’s portrait hanging on the wall.

The governor introduced Norcross to speak at the news conference by referring to him as “the person who made this [partnership] happen.” 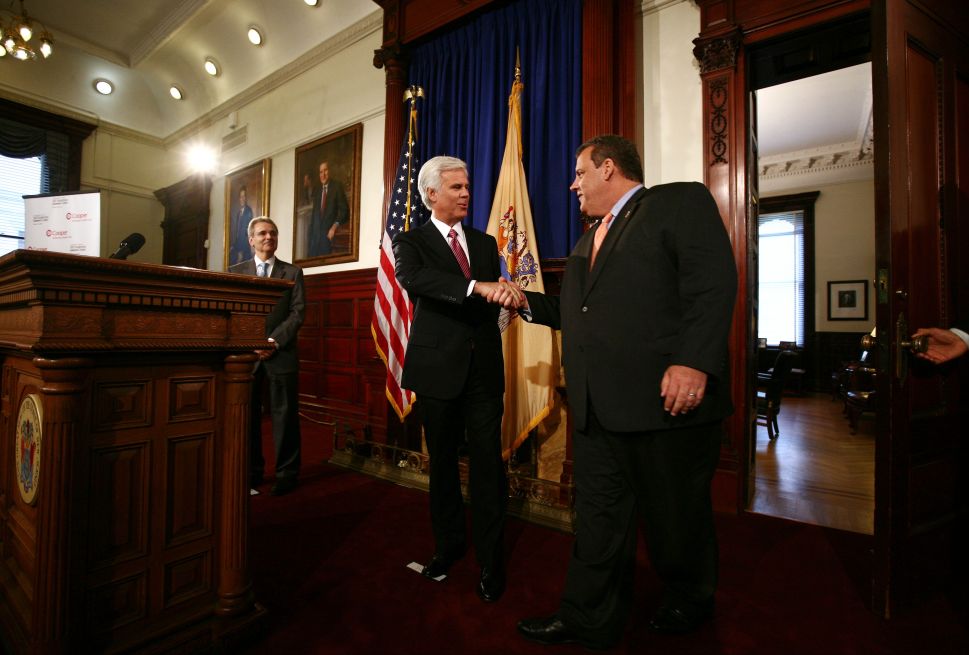