TRENTON – Reporters encountered Speaker Sheila Oliver (D-34), East Orange, in the foyer of the state Division of Elections moments after she filed to run for the U.S. Senate in the August 13th Democratic Primary.

“I have nothing but respect for the other candidates who have filed,” said the speaker, who nears the end of her second term in leadership at the end of this year.

“I respect the work they have done on Capitol Hill,” she added of Holt and Pallone.

She said she doesn’t live in Newark so can’t speak directly to Booker’s impact as a mayor.

She conceded that he is “articulate” and “educationally prepared.”

When asked how she hopes to distinguish herself, Oliver said, “I don’t bring a sense of entitlement.”

Running simultaneously for re-election in a heavily Democratic District in the November General Eelction, she appears poised to pursue another term as Speaker of the General Assembly and said her campaigning around the state would only enhance her ability to advocate for the candidacies of Democrats seeking lower house legislative seats. 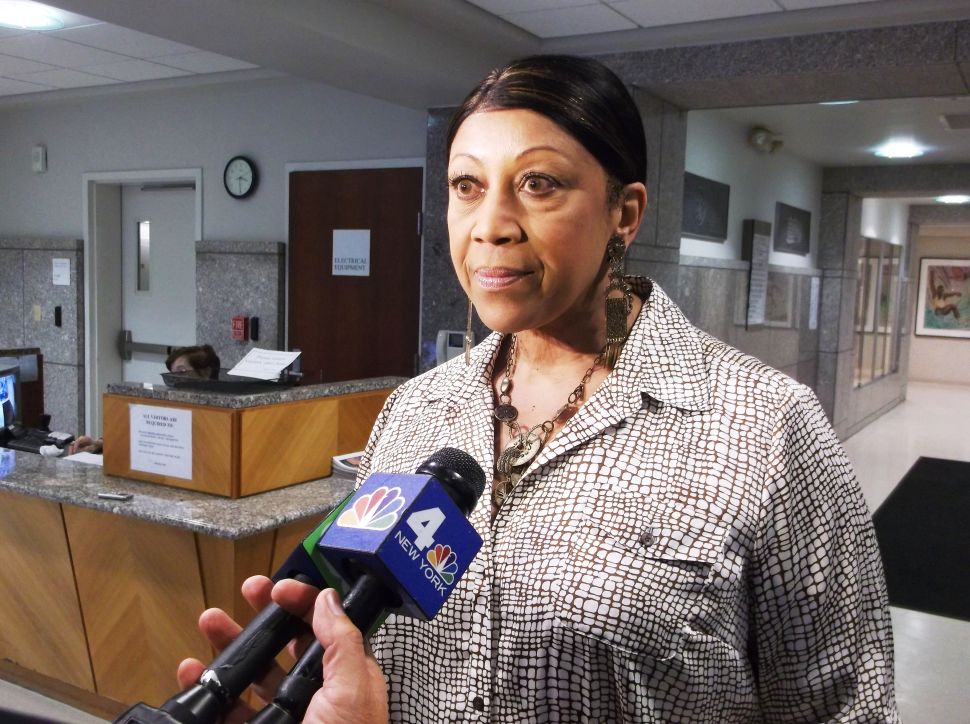