Essex Democratic Party insiders dismiss the dangling of a Sheila Oliver U.S. Senate candidacy as the theatrical exercises of a player welded – like it or not, by virtue of her county paycheck and organizational allegiance – to party politics.

At the end of 2013, Oliver will have completed four years as speaker of the general assembly, standing on a rostrum of carefully integrated contributing parts; a platform that puts her above the craning necks of 79 other colleagues, each of whom nurses designs on higher office.

While her South Jersey counterpart in legislative leadership, Senate President Steve Sweeney (D-3), chose not to run for the vacant U.S. Senate seat this year and appears focused on going after a third term as senate prez, Oliver’s inability to rule out a U.S. Senate bid arguably either indicates her awareness of a less than stable foundation to her current station, or recognition that her legislative leadership service is nearing an end.

Oliver won a second term as speaker after a considerably difficult fight two years ago, not so much with challenger Assemblyman Joe Cryan (D-20), but with South Jersey, whose powerful voices doubted Oliver’s ability to push statewide the issue of charter school education.

Hudson County’s chief Democratic Party power broker, state Sen. Nick Sacco (D-32), ended up backing Oliver and swinging his county into her corner only after securing the budget chairmanship for his charge, Assemblyman Vincent Prieto (D-32).  Sources say this year Sacco may not be content with simply getting the chairmanship for Prieto again. He may want something else: like a speakership for Prieto in exchange for supporting Sweeney’s south state re-up for senate president.

Insiders speculate amid an ongoing candidates’ petition drive toward her Senate bid led by local activists opposed to Newark Mayor Cory Booker, that if Oliver cannot secure another term as speaker, what does she have to lose by running for U.S. Senate now when she has the statewide platform of speaker beneath her?

Oliver has held her leadership position in part by virtue of the balance of power wielded by South Jersey and an Essex County Democratic Organization represented most visibly by powerful County Executive Joe DiVincenzo.

That could get complicated in an intensified battle for leadership later this year.

For some time, DiVincenzo has been poised to endorse the re-election of Republican Gov. Chris Christie, a move sources insist is more fluid in the aftermath of U.S. Sen. Frank Lautenberg’s (D-NJ) death.

Republicans close to the situation say it’s a done deal: DiVincenzo will publicly back Christie.

Insiders speculate that if he does, the move could splash toxically, and conceivably rather politically catastrophically, on Oliver – DiVincenzo’s close ally – and weaken her ability within her Democratic caucus to be destined for anything other than a long walk to the back of the chamber.

It re-echoes the question: if Oliver sees that caucus outcome now, does she forego the chance to run statewide when the advantage of a statewide office give her sufficient stature to make a case for the U.S. Senate?

Her position arguably could be made even more complex, and her senate candidacy undercut, by DiVincenzo’s zestful support for Christie in the middle of a Democratic Primary warzone for U.S. Senate.

Either way, she’s in a tough spot.

Sources close to Oliver disagree that her leadership run is over, quite the contrary, in fact; and object to the argument that DiVincenzo’s maneuvers impact her in the caucus.

They say the speaker’s biggest challenge as she mulls whether to take a free shot at a senate seat while staying on course for re-election to the assembly in the overwhelmingly Democratic 34th District, is to figure out how she can navigate public appearances and fundraising for caucus members in November dogfights, while promoting her own U.S. Senate candidacy.

They concede that if she is running around the state raising money for herself, it would be harder for her to focus on raising money for the nameless assemblyperson in a Chris Christie undertow who is desperate for cash.

They insist she can do both, but if the GOP picks off Democratic Party seats and surviving, reconvened caucus members are looking for someone to blame post Nov. 5th as they jockey upward, would they be able to resist pointing the finger at someone who was running for U.S. Senate rather than raising money for Assembly Democrats? 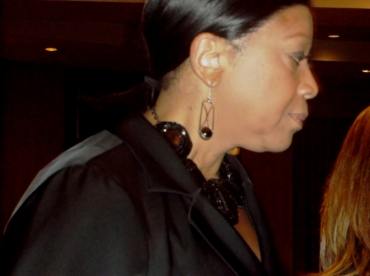