U.S. Rep. Frank Pallone (D-6) wants his opponents to join him in signing a People’s Pledge for this year’s campaign for the special Democratic Primary for U.S. Senate, similar to one struck in last year’s Massachusetts Senate race.

“’The People’s Pledge’ had a tremendous impact on the Massachusetts Senate race in that it allowed for voters to hear directly from the candidates, as opposed to outside special interests and anonymously funded PAC’s,” Pallone said in a statement. “The Supreme Court made a terrible ruling in the Citizens United decision that opened the floodgates to special interests dominating elections without even having to disclose their donors.  The true test of whether someone is a reformer is if they’re willing to take personal responsibility and make a personal sacrifice.”

By signing this pledge, Pallone said he hopes that the other three Democratic candidates in the special election will also decide that it is in the best interests of New Jerseyans to bar special-interest third-party interference in the campaign in all forms –  television ads, radio ads, web ads, field programs and direct mail.

“The expedited time frame of this election makes this even more critical,” he said. “With just over 7 weeks left before Election Day, voters should not be forced to sift through a bombardment of outside promotions and attacks. This campaign must be an opportunity for the candidates to engage in debates, talk about their records, and share their visions for our great state. 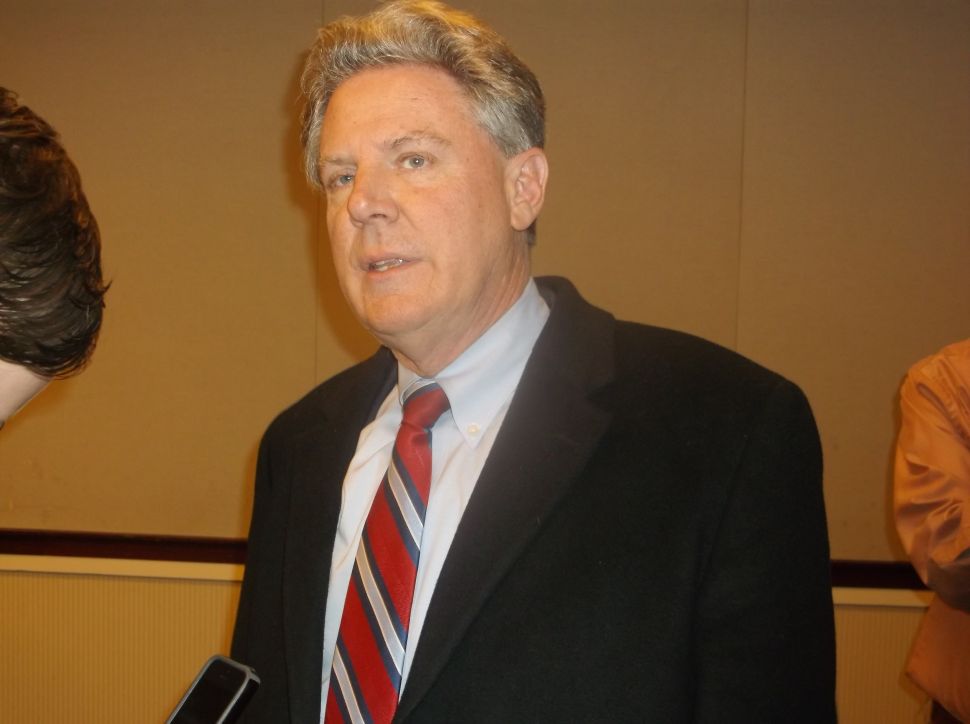