TRENTON – U.S. Rep. Frank Pallone (D-6) a short time ago lugged a box he said was filled with 3,000 petition signatures up the steps of the state Division of Elections.

Formally declaring his canddiacy for U.S. Senate, Pallone said he delivered the signatures himself to emphasize his commitment to “a grassroots campaign.”

Pallone called the August 13th special election for U.S. Sen. Frank Lautenberg’s (D-NJ) seat a fight for the heart of the Democratic Party.

“Look at my record. I’ve been in Congress for 25 years,” said the congressman, who asserted his belief that government exists to help people and to continue to fight the Tea Party.

Pallone underscored his desire to make jobs without benefits – and 400,000 unemployed New Jerseyans – his primary concern.

“We need jobs with benefits and we need to increase the minimum wage,” he said. 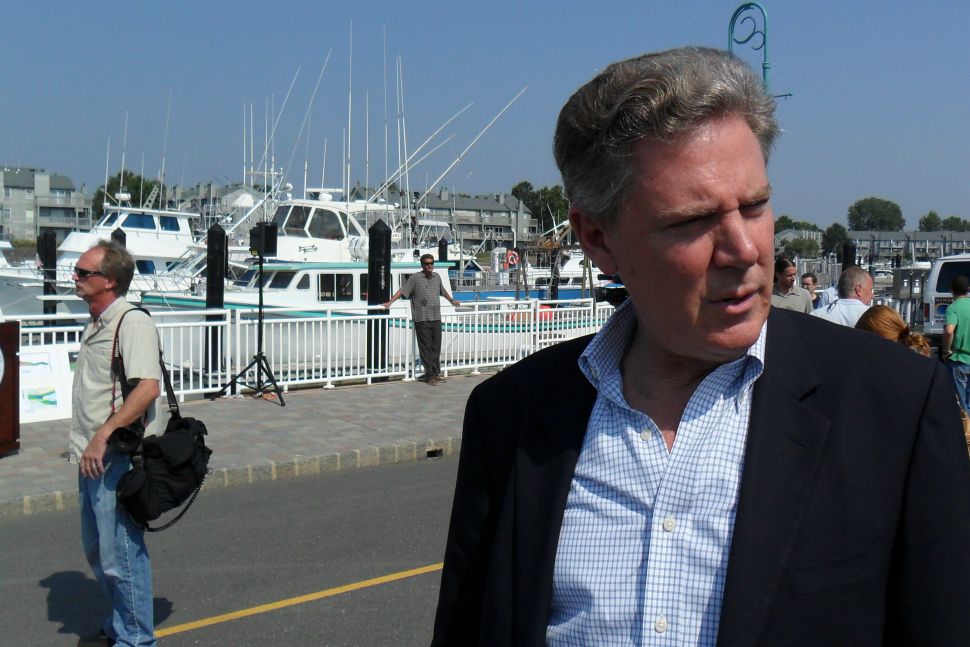