Great news (not really). Today the New York Senate passed a bill that makes “annoying” a police officer a felony—punishable by up to four years in prison.

Have they ever even seen how people behave on the subway at rush hour? Everyone is annoying.

The bill, which was sponsored by Republican State Senator Joe Griffo and will be voted on by the State Assembly, seeks to make “aggravated harassment” a felony.

“Police officers all across this state put their lives on the line every day to protect the people of New York,” the bill states. “New York State must establish laws and toughen existing laws that protect the police from becoming victims of criminals.”

While we don’t condone assaulting the NYPD by any means, “aggravated harassment” is a nebulous term that assumes malicious intent where there might be none. According to the bill, aggravated harassment constitutes “the intent to harass, annoy, theaten or alarm” a police officer. Super specific, right?

Stacey Richman, a criminal defense attorney, told Gothamist, “This bill will be so arbitrarily and capriciously applied to people that it is senseless. The intent to harass, that’s the impression of the person that’s annoyed. You’re asking someone making a charge to say what was in the mind of the person they’re charging.”

“If a cop is having a bad day, he’s annoyed. The elevation of crime based on subjectivity is so dangerous to the populace…I don’t know why we’re spending time on this.” 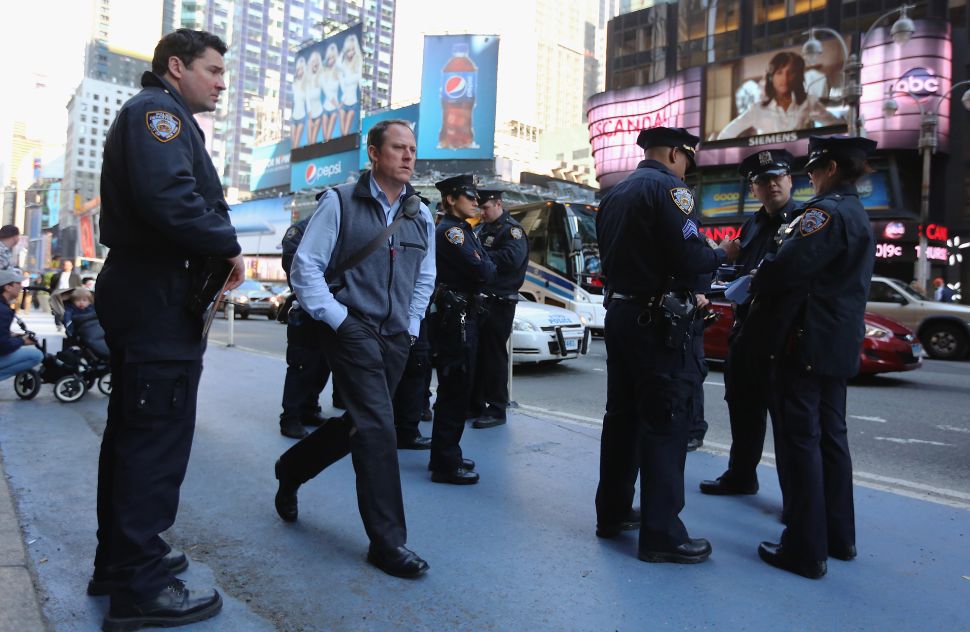