Gov. Chris Christie may be a rock star, but if he is, he’s not Parthenon Huxley.

That is, he doesn’t have coattails, according to the latest poll from Rutgers-Eagleton, which shows Democrats continuing to hold a double-digit lead over Republicans in a test between the two parties in November’s state Senate and Assembly races.

According to Eagleton, Christie has some sway among those who like him, but it is not overwhelming: 35 percent of those favoring the governor will vote GOP for the Assembly, but 27 percent will vote for Democrats. Disliking Christie has a very strong effect: 67 percent of this group plans to support Democratic Assembly candidates, while only 5 percent support Republicans.

Because Democrats significantly outnumber Republicans, GOP chances are hurt in these statewide ballot tests since few voters expect to cross party lines with their legislative vote. Eighty percent of Democrats and 75 percent of Republicans will vote for their own parties in the Assembly, and most of the others are undecided so far, accoring to the poll.

Independents, though, are leaning Republican, with 17 percent preferring Democrats (down three points), 21 percent favoring Republicans (up two points) and 31 percent undecided – numbers very different from the strong independent support Christie gets in his own re-election effort.

Republicans lead only among a few groups – conservatives (62 percent support), exurban voters (37 percent) and shore county voters (31 percent). Those with a favorable impression of the Legislature are 30 points more likely to vote for Democrats than Republicans, while those feeling unfavorable side with Republicans by a only a two-point margin.

Similar results are seen for the state Senate, where Christie backers are also eight points more likely to vote for Republicans. Sixty-nine percent of his detractors will vote for a Senate Democrat, while only 8 percent will vote GOP.

As with the Assembly, most partisans will vote their party for state Senate. Independents once again lean toward Republicans at 25 percent, with another 19 percent saying they will vote for Democrats (down six points) and 32 percent unsure. Republicans in the state Senate do no better with winning over demographic groups than does the GOP in the Assembly.

“These generic ballot tests are useful for giving us the big picture, and so far we see no statewide movement toward the GOP,” said pollster-political scientist Dr. David Redlawsk. “Two years ago the statewide numbers were less favorable toward Democrats but they ended up picking up one Assembly seat. Again, the dynamic can change due to local issues, and the question of who will show up at the polls is likely to matter even more than usual.”

Redlawsk also polled miminum wage, and found that New Jerseyans remain unwavering in their strong support for a constitutional amendment raising it. More than three-quarters of registered voters say they will vote yes on the November ballot question which will increase the minimum wage by one dollar to $8.25 per hour. Only 18 percent oppose the measure. A large majority of Republicans plan to vote for the increase, despite Gov. Chris Christie’s earlier veto of a similar measure.

“Support for a higher minimum wage indexed for inflation has been overwhelming since the question was placed on the ballot,” said Redlawsk. “Voters are very sympathetic to the idea that the lowest-wage workers need an increase.”

The Legislature has not placed same-sex marriage on the ballot so far, and it is unclear if it will. “But Democrats have every incentive to do so, given strong support for the proposition among their base,” said Redlawsk. “The question would certainly energize key Democratic constituencies.”

Recent polling shows Christie leading state Sen. Barbara Buono by 32 points in the governor’s race, but voters appear ready to stick with Democrats in the Legislature. A statewide ballot test shows voters prefer generic Democrats over Republicans by 16 points. These results are similar to the last Rutgers-Eagleton Poll in April. However, favorable impressions of the Democrat-controlled state Legislature are down by double digits: 30 percent report a favorable impression, as compared to 41 percent in April. Unfavorable impressions are up six points, to 26 percent.

“While Democrats worry about low turnout due to both the U.S. Senate special election three weeks earlier and the lack of enthusiasm so far for Buono, the preference for Democrats in the Legislature remains strong,” noted Redlawsk. “As always with statewide generic ballot tests, some individual races are likely to be much closer. These questions do not get at specific races.”

With 77 percent of all registered voters supporting the minimum wage constitutional amendment, support is both wide and deep. Even a majority of political conservatives now support the change, 55 percent to 35 percent, up eight points from April. More than seven in 10 Christie supporters favor the amendment despite the governor’s opposition, while 91 percent of Buono backers favor the increase. Majority support for the amendment also crosses party lines: 94 percent of Democrats (up three points) and 64 percent of Republicans (up seven points) are in favor. Almost 70 percent of independents agree.

“Unless something changes rather dramatically over the next few months, there seems little doubt of the amendment passing,” said Redlawsk. “Even if Democratic turnout is lower than normal, or if an unusually high number vote for Christie, approval of the measure seems likely. However, a strong campaign against the increase could conceivably have some effect.”

Most would vote for same-sex marriage

Despite opposition from some Democratic leaders who do not want to subject what they say is a civil right to a referendum, two-thirds of New Jersey voters want the opportunity to have their say on same-sex marriage.

Although Christie initially called for a vote, preferences in the gubernatorial race make little difference in responses. Seventy percent of those planning to vote for Christie want a referendum on the issue in November as do 63 percent of Buono backers.

Women are more likely to support putting same-sex marriage to a vote than men, 70 percent compared to 63 percent, and 71 percent of voters under 40 also want the chance to vote on the issue.

If the Legislature puts the question on the November ballot, New Jersey would join the list of states legalizing same-sex marriage. While support has weakened since April by three points to 59 percent, opposition has not grown.  Instead, slightly more are simply unsure of where they stand.

“Opponents of same-sex marriage appear to recognize it is likely to pass and are therefore opposed to giving it that chance,” noted Redlawsk. “This is quite different from most states over the last decade, where opponents pushed to get the question on the ballot to defeat it.”

While large majorities of Democrats (68 percent) and independents (63 percent) would vote for same-sex marriage, Republicans remain strongly opposed, with only 37 percent contemplating a yes vote. Even fewer conservatives of any stripe (27 percent) would vote yes. 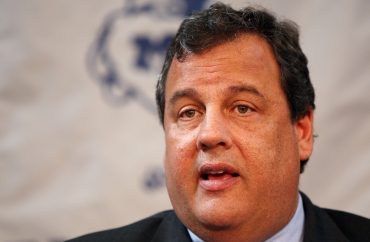