The 12.5-foot structures — a joint venture between the city and AT&T — will be popping up in places such as Union Square Park, Metrotech Plaza and the Rockaways Beach for three to four weeks at a time until October.

Dumbo-based firm Pensa designed the solar-powered stations and the entire project’s estimated cost is between $300,000 and $500,000.

Each station will be able to charge up to six devices — regardless of carrier — including iPhones, Androids, Blackberry and standard USB charging cables.

Can’t wait to juice up? Here’s where you’ll find your quick fix: 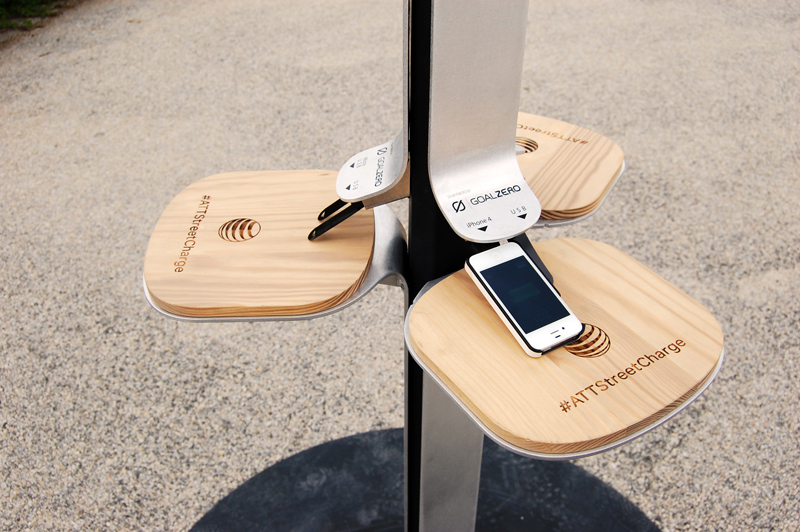