The late U.S. Sen. Frank Lautenberg (D-NJ) lay in state at the U.S. Capitol as the New Jersey Democratic Party turned on itself with renewed vigor in the wake of his long and much praised public service career.

Gov. Chris Christie had not yet uttered the name of the late Senator Lautenberg’s replacement as phones buzzed anew with the hissed back and forth of a particularly bruising backroom battle for state party committee votes.

The candidate of Democratic gubernatorial contender Barbara Buono stands on one side, and Senate President Steve Sweeney’s stands on the other in the ultimate maritime city mash-up: Assemblyman Jason O’Donnell (D-31) of Bayonne versus veteran state Sen. Ray Lesniak (D-20) of Elizabeth.

At issue are 100 odd state party committee votes. Whoever secures a majority of those votes gets to be state chair.

“That’s all we’re focused on right now,” said a source close to the Buono campaign on Tuesday night when PolitickerNJ.com tried to ply the source for intel on another campaign matter.

While O’Donnell stood onstage facing the troops in Edison, his craggy counterpart was leaping onto a platform in downtown Elizabeth, claiming victory in his re-election campaign.

“A good old fashioned butt-kicking,” proclaimed Lesniak, gratified to have proved wrong the naysayers who said he was about to take the butt-kicking without the frontline campaign presence of his running mate, Assemblyman Joe Cryan (D-20).

Part of Buono’s brain trust, Cryan, with the possible exception of Buono, is O’Donnell’s most ardent champion.

A day after his victory, as the Buono campaign continued to scramble for votes in support of O’Donnell, Lesniak coyly announced his interest in fulfilling the wishes of a Democratic Party in turmoil.

“As if the party weren’t already divided enough,” a Democratic Party insider wailed.

Not to be outdone by Sweeney and Norcross, Christie’s announcement to hold special elections in advance of the regularly scheduled November general election further debilitated Buono, according to sources.

At least three candidates are running in the Democratic Primary for U.S. Senate, scheduled for August.

They are already hitting the phones hard looking for money.

“Another one called me just now,” a Democratic Party insider said. “Begging for cash.”

The source said he’s obligated to back one of the Democrats – Newark Mayor Cory Booker, U.S. Rep. Frank Pallone (D-6) and U.S. Rep. Rush Holt (D-12) – and is leaning toward Booker.

He wants to get with “a winner,” so he said he feels compelled to deliver to the Newark mayor in advance of Booker’s primary battle.

Booker’s the favorite but Pallone has a hefty warchest and a longtime hunger to be a U.S. senator, while Holt has a reputation as an extremely sharp-elbowed campaigner.

What about Barbara Buono for Governor, PolitickerNJ.com asked the insider, who began to consider out loud the monetary ramifications of the U.S. Senate Primary. “Barbara’s a fighter,” the Democrat said sadly but, he added, he won’t be giving money to the cause, admittedly because he’s eager to stand, in the inimitable words of Bob Dylan, “on the side’s that’s winning.”

The source said he feels sorry for Buono and lauded her for standing up to Sweeney and Norcross but said Booker, Holt and Pallone will unwittingly administer even more brutal cuts to a campaign cause lagging far behind Christie on the fundraising front, and far from the repose of the U.S. Capitol. 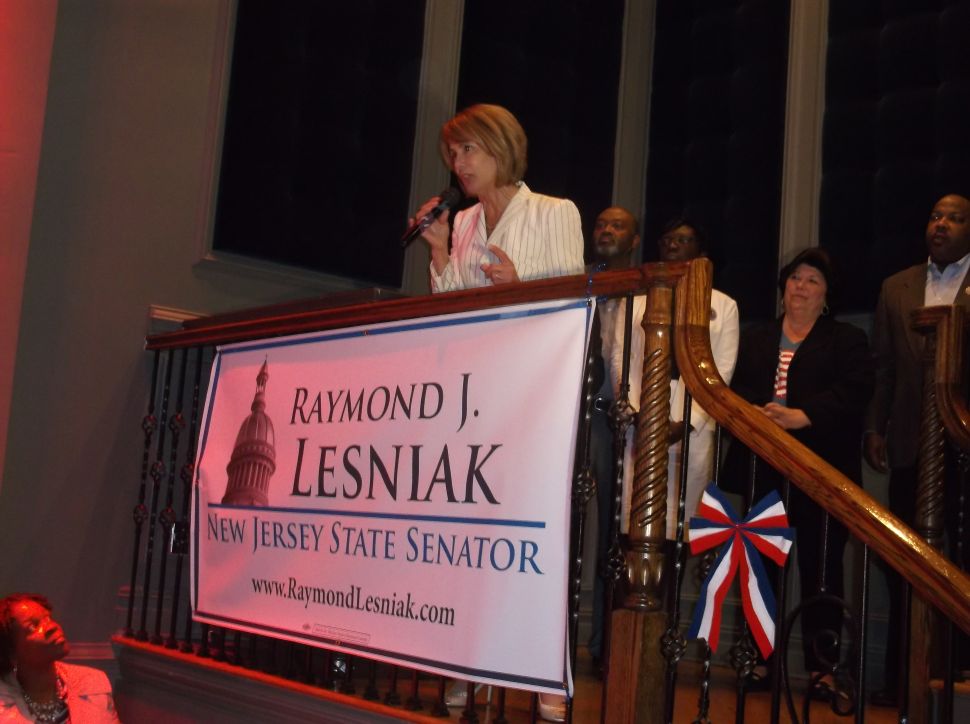