As long as Senate President Steve Sweeney (D-3) makes a play for a third term in leadership, political insiders have the expectation, in the name of balance, of the north maintaining its hold on the speakership.

But there are doubts in the Democratic Caucus tonight about Speaker Sheila Oliver (D-34) returning for a third term and maintaining the classic Christie-era bicameralism between Essex County and South Jersey.

Multiple sources from the Democratic Caucus told PolitickerNJ.com that Oliver’s bid for the U.S. Senate signals she won’t be back at the head of the chamber; true or not, they operate under the assumption that she’s gone, as she promises to put together a genuine campaign for U.S. Senate and assures people she can do that while campaigning for battleground incumbent Democrats.

An alternative to the Essex County/South Jersey alliance features two developing pairings, both of which have two words in common.

And we don’t mean Essex County.

Whoever succeeds Oliver is likely to find himself deal-making with South Jersey.

Prieto enjoys the formidable backing of state Sen. Nick Sacco (D-32), who in recent weeks made peace with state Sen. Brian P. Stack (D-33). Both Sacco and Stack have demonstrated an ability to work with South Jersey Democratic Party Pooh-bah George Norcross III, who controls the largest single bloc of legislative votes in the legislature.

Sacco inched closer to landing bigger things for Prieto two years ago when he helped quash an end run on Oliver by dealing her Hudson votes in exchange for caucus support to make his assemblyman budget chair.

Since that time, Sacco and Norcross have gotten closer, and Prieto just last week also became chairman of the Hudson County Democratic Organization (HCDO). That means those elected officials from Hudson who might not love him still will have to recognize the value in kissing his ring.

But Prieto already has some backroom competition in the form of Assemblyman Gary Schaer (D-36), Passaic.

Schaer has long eyed the leadership position and has strong relationships in his home county of Passaic and neighboring Bergen. He also has pockets of support in other counties, and was conveniently born and raised in South Jersey. He has a reputation for being one of the smartest people in the legislature – which could be a hinderance if he shows a proclivity for critical, independent thinking.

He can raise money, with one of the heftiest accounts in the assembly.

Democratic State Party Chairman John Currie has also shown a willingness to protect and advance Schaer. When the assemblyman backed U.S. Rep. Steve Rothman (D-9) over U.S. Rep. Bill Pascrell (D-9) in 2009, Currie welcomed him back into the fold without argument or threat of punishment.

Sources told PolitickerNJ.com that operatives affiliated with both Schaer and Prieto were on the phones in recent days, nibbling at the ears of powerful people connected to the Democratic Caucus.

Assumed to be a half step behind Prieto on account of the fact that he doesn’t have the indomitable Sacco in his corner and Sacco’s especially good relations with Norcross right now, Schaer was making an aggressive play, sources say.

Every other hour these past two weeks there was a rumor of another coup going down, with Oliver the immediate object, but finally as a badly bruised and self-flagellating Democratic Party’s statement of payback to Joe D. who publicly backed Christie.

Today in East Orange, Oliver plugged her minimum wage hike as a ballot question, decrying as “abhorrent” Christie’s refusal to sign her bill to raise the minimum wage.

But DiVincenzo’s outright support for Christie had others in the caucus nursing their own adjectives to describe the county executive, all which splashed in rather debilitating fashion on the sitting speaker.

Oliver still has supporters who say she’s too powerful now in her own right to be gotten rid of; just as she did in 2011, when she and DiVincenzo stared down a caucus insurrection. Her allies insist she will again go into battle mode when necessary, and prevail.

She has relationships in the caucus that transcend DiVincenzo now, a source close to Oliver told PolitickerNJ.com.

But that won’t stop the persistent buzz around Prieto and Schaer and the jockeying of bodies.

Within that context there is also ongoing back chatter around the future of Assembly Majority Leader Lou Greenwald (D-6), who has dutifully played the role of populist Democrat and prospective leading man in hopes of taking his own stab at the speakership, preferably long before the 2017 gubernatorial election.

The trouble for Greenwald is Sweeney wants that same legislative leadership runway to a statewide run and shows no signs of relinquishing his hold on the senate presidency.

Sweeney’s dominance squeezes his fellow South Jerseyan out from being able to concurrently occupy the lower house leadership chair, denying a throne of power to one of the South’s more obviously ardent young rising princes.

That Sweeney-Greenwald logjam has power players constantly whispering about where and how and who can be offloaded either to a Congressional seat (Sweeney to Congress in place of U.S. Rep. Rob Andrews (D-1) runs one interminable rumor, consistently shot down by South Jersey power sources) or a state senate seat (Greenwald up and out of the Assembly, another play that sputters every time when entertained in South Jersey circles).

As often as those conversations persist, they are as quickly stymied by insiders’ belief that Sweeney – barring a crushing Christie landslide and shocking 3rd District senate casualty – will return to power in his caucus.

Running for re-election in a solidly Democratic District, Oliver, unlike Sweeney, doesn’t have to concern herself with the November general.

But the buzzing in her caucus will not abate. 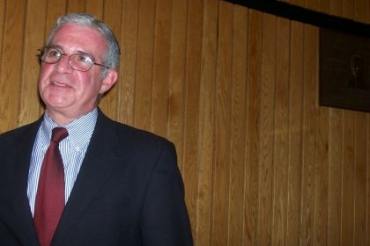