It’s the city’s second most powerful public office, but the race to become City Council speaker has more in common with a papal conclave than a mayoral election.

For only the third time in modern history, the Council is in the early throes of the byzantine process by which the 51 members from every neighborhood, ethnic background and political stripe must select a new leader. Despite those differences, the process will ultimately generate consensus (or near-consensus) by January, if the past is a guide.

The normally fraught procedure is even messier than usual because nearly half of the City Council will be new in 2014—meaning that aspiring speakers must woo not only current seat-holders, but those likely to be elected in November as well.

“The politics of this year is a very interesting one,” said Councilwoman Melissa Mark-Viverito, one of six candidates for speaker quietly raising her profile behind the scenes. She estimated that about 23 seats will be held by freshmen come 2014, adding, “We’re looking at a level of turnover that we’ve not seen in a long time.”

The other five council members interested in the job are Mark Weprin, Dan Garodnick, Annabel Palma, Jimmy Vacca and Inez Dickens–although only the latter two, in addition to Ms. Mark-Viverito, would admit their interest when pressed by Politicker for this story.

Outgoing Speaker Christine Quinn used her power to push through a term-limits extension so that Mayor Michael Bloomberg could run City Hall for four more years, blocked paid sick day legislation that was backed by the vast majority of her members, and doled out millions of dollars to loyalists while allegedly punishing dissenters by cutting funding to their pet projects. But now the term-limited Ms. Quinn is on her way out, leaving a large political vacuum behind her.

Accordingly, the shadow campaign to replace her is quietly building momentum. Speaker candidates are writing checks to boost their allies’ war chests, wooing influencers and showing up at relatively obscure political events in far-flung districts where a promising candidate looks like a sure bet and a possible vote.

Unlike on Survivor, outplaying one’s rivals here does not yield a million-dollar grand prize but rather the power to, say, eliminate horse-drawn carriages around Central Park, increase worker wages on city-subsidized projects and potentially set oneself up for an eventual run for Gracie Mansion. (The last three speakers have all run for mayor, it seems to be the thing to do.)

“It’s old school,” Ms. Quinn writes in her recently released memoir. “On the face of it, the Speaker is elected by the 50 other members of the City Council. But in reality, the Democratic county leaders have a huge influence on the process.”

Crucial to winning the speakership race is wooing three people who aren’t even on the Council itself: the Democratic county leaders, who hold sway, in varying degrees, over the council members from their respective boroughs. The dozen or so Queens Democratic council members vote in a bloc controlled by the county leader, followed by perhaps half of Brooklyn’s 16-member delegation and a good chunk of the Bronx’s eight members. (Manhattan’s members vote independently, while the Democratic leader of the mostly Republican Staten Island is ignorable.) In exchange for delivering votes for a speaker, the county leaders expect something in return, such as plum committee chairmanships for their senior members. As Ms. Quinn said, it really is old-school.

The political courtship can be elaborate. When she ran for speaker in 2005, Ms. Quinn said, she was the first one to arrive and the last one to leave at Queens Democratic events, bonding with its then-leader, Congressman Tom Manton, over ice cream and with relentless attention.

“He would have a centerpiece on every table. For Christmas, there’d be poinsettias, and in the fall there’d be pumpkins,” Ms. Quinn, clearly flush with memories of her efforts to secure Mr. Manton’s support, recalls in her book. “People will tell you that there are scenarios in which a Speaker wins without Queens, and on paper that’s true, but in reality it’s impossible.”

And behind the scenes, the speaker candidates—at least several of whom have spreadsheets to keep track of the 51 races across the city, according to sources—are not quite so coy. For example, Mr. Weprin, a jovial eastern Queens pol, has been touting his leadership style as “members first,” according to a Council source, while Ms. Mark-Viverito’s message stresses ideological kinship.

The ask isn’t necessarily direct, and the speaker hopefuls seem widely concerned with the prospect of coming across too strong. “You’re talking about three very, very smart politicians, and I think they know better than to be too aggressive about it,” said a Council candidate who has been approached by three aspiring speakers. “They’ve just said, ‘We really want to help you win.’” Said another one: “It hasn’t been as explicit as, ‘Will you vote for me?’ It’s, ‘How can I be supportive? I think you’re going to win. I think we could work together.’”

Sometimes they do more than talk. Mr. Weprin and Mr. Garodnick in particular have each cut thousands of dollars in campaign checks to candidates and current members running for re-election across the five boroughs. Mr. Vacca has been doing this to a more limited extent in his home borough of the Bronx. One unaligned insider said that the politicking will be ongoing. “It could be Inez showing up at your fund-raiser with a check of $250 going, ‘Hey, I’m Inez. Nice to meet you! I brought you a check,’” he said.

A check alone may not do it. Some current and future council members may be looking for a lighter touch in the chamber after eight years of Ms. Quinn’s tightly controlled rule, which, while rewarding for many, left a trail of bruised egos and disappointed advocates.

Assemblyman Micah Kellner, running for a Manhattan Council seat and thus unaligned with a county voting bloc, said that if elected, he will make his decision based on how well he thinks the speaker will work with him on his policy agenda rather than simply dictating the Council’s direction.

“As a legislator, you want somebody who knows how to say ‘no’ nicely. Everyone knows they’re not going to get everything they want, you just don’t want to be treated poorly in the process,” he said. “You want someone who can put their arm around you and say, ‘Micah, I can’t give you that. But let’s work on your No. 2 and No. 3 priorities.’”

The wide-open mayor’s race is also being watched for its potential impact. After 20 years of being shut out of City Hall, Democratic leaders see this as their year. For all the power and patronage the speaker can offer county bosses, a newly-elected Democratic mayor could exert even more influence–many suggested de facto veto power–over the pick.

Yet another factor in this year’s speaker election is race. While both the Council and the city itself are mostly nonwhite, many of the leading candidates for mayor, including Ms. Quinn, are white. If one of them wins, insiders expect a strong push for a speaker of color: possibly Ms. Mark-Viverito or Ms. Palma, who are Hispanic, or Ms. Dickens, who is black. Indeed, Ms. Palma told Politicker that the speakership race should “consider the need for Latino leadership in the city” and Ms. Dickens said she would bring a unique perspective to the job as a woman of color. On the other hand, how much this factor weighs relative to other ones is very much uncertain.

Other wild cards, as if the contest needed any more, include a small bloc of 3 to 4 Republican votes, 10 rogue Manhattan members and the still-emerging Progressive Caucus Alliance, a group of lefty members that includes Ms. Mark-Viverito and is attempting to become a viable force in Council politics as traditional power brokers and labor unions look to weigh in as well. And—this really can’t be stressed enough—that thing called Election Day still has to actually happen.

In a final twist of backroom drama, the end vote will be nearly unanimous, if recent speakership contests are any indication. That’s because once a candidate attains the needed majority of 26 votes, vocal opposition may only result in being on the outs with a key ally. “In the end,” said a Council source, “everyone wants to make a deal.” 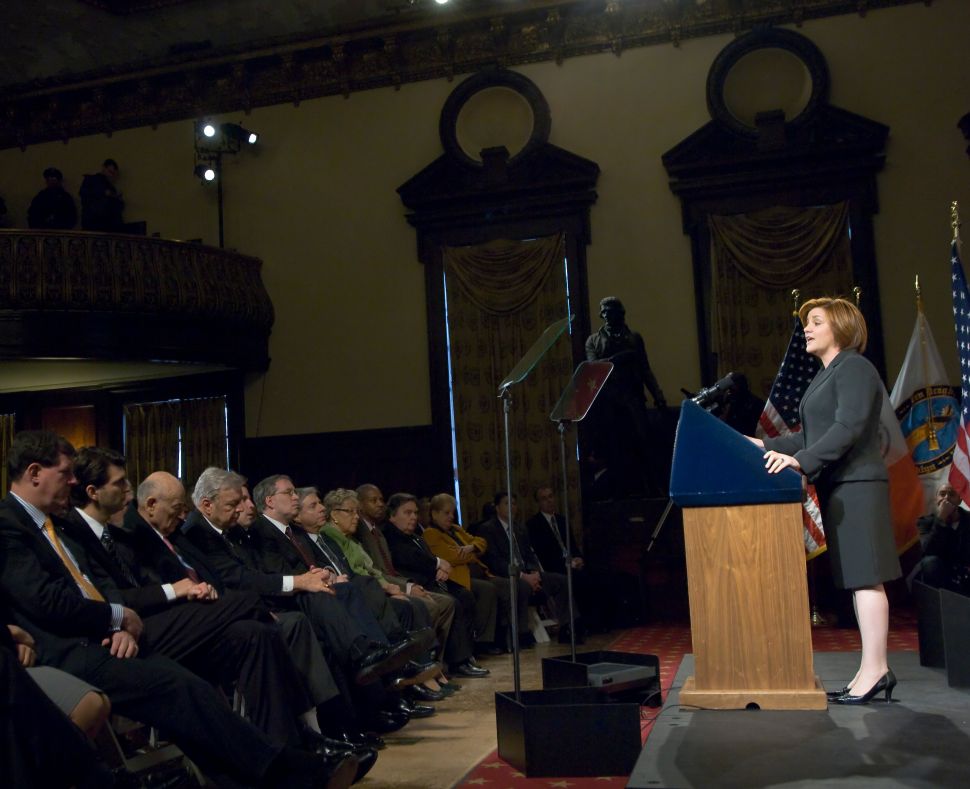