John Liu’s campaign finance fraud issues. Christine Quinn’s revelations of  bulimia as a young woman and a stint in rehab. Bill de Blasio’s wife coming out as a lesbian in a previous life, and a white candidate maybe possibly calling a black one an “environmental racist.” And yet there is only one candidate among them who is widely recognized—and he wears gray boxer briefs.

The New York Observer went out into the field over the past two weeks and surveyed average New Yorkers on the mayoral race.

Mini-polls of 15 to 20 people on a street corner are not scientifically predictive, but they do provide valuable insight into what New Yorkers are thinking about the race, which is to say, they’re not thinking about it at all. Most of the people we spoke to could not name a single candidate. Others could not recognize their photos. A number thought Mayor Bloomberg was running again. Only Mr. Weiner, whose name, face and anatomy were made famous by his two-year-old Twitter scandal, was broadly recognized by the public. This notoriety—played across the front pages of the tabloids, on blogs and in television broadcasts—cuts both ways, as most of the electorate doesn’t view him favorably. And yet, so far things are working out for the disgraced former congressman. The most recent Marist College poll put Mr. Weiner in second place, giving him 19 percent to Ms. Quinn’s 24 percent.

Remember that Mr. Weiner suddenly kicked off his own long-dormant campaign only a few weeks ago, while Ms. Quinn, the second most powerful politician in the city, has been preparing for this mayoral run for more than four years, carefully constructing her political brand and leveraging her influence to broker deals on progressive priorities like paid sick leave and legislation requiring an NYPD inspector general. Mr. de Blasio and Mr. Liu are in similar positions, as is Bill Thompson, who came shockingly close to defeating Mr. Bloomberg’s re-election campaign in 2009.

Their best efforts are no match for Mr. Weiner’s selfies. Not one out of 20 African-Americans we spoke to in Flatbush knew that there is a prominent African-American running for mayor, zero out of 20 people in a Park Slope Starbucks knew who Bill de Blasio is, and in Chinatown, not a single one of 20 Asian-Americans pledged support for John Liu. Ms. Quinn fared better than her rivals in recognition, but her favor among gay, or at least gay-friendly, voters was not strong: only six out of 40 Brooklyn Pride celebrants (evenly divided between male and female) said they intended to vote for her, while 16 said they did not. (More pledged support for Mr. de Blasio.)

The disinterest in this year’s field stands in sharp contrast to the importance of the election. The mayor of New York is uniquely powerful. As the country’s largest and most closely watched city, it naturally has an outsized impact on the urban affairs of the nation. The numbers are staggering—a budget of $50 billion, a school system with a million kids and a police force that’s bigger than the FBI. Simply put, the mayor is automatically a larger-than-life figure. There’s a reason LCD Soundsystem says the mayor of New York can be “convinced he’s a king.”

In some ways, this year’s election is no different than most. Even though the city’s newspapers and cable news channels regularly devote coverage to the contest—and candidate forums and debates occur almost every day—voters are typically tuned out until a couple of weeks before the election. That disconnect is even more profound in the summer, when vacations are a greater preoccupation than politics, and in primary elections, in which the candidates can be ideologically indistinct.

It’s even more confusing than usual. We’ve had 20 years of a non-Democrat leading a Democratic city. There hasn’t been an election since 1985—Koch’s third term—in which the Democratic nominee was automatically presumed to be the next mayor. That was 28 years ago—a lifetime in politics. And with a very crowded and complicated Democratic field, many observers wonder if there’s anyone among the candidates on either side who’s ready to step into this very challenging, high-profile job and accomplish the city’s business with the stylish perfection New Yorkers demand.

A lot of twists and turns are yet to come, and whichever candidate can deliver the best messaging, secure crucial endorsements, inspire voters and out-organize rivals will eventually emerge the victor.

Until then, it’s going to be a long, hot summer. But please, no swimsuit photos. 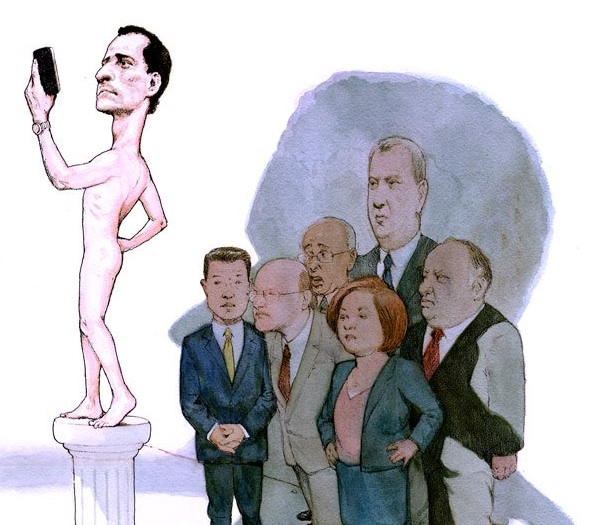