I Hope They Serve Beer on Broadway does not have full-frontal nudity. But “there may be puppet sex,” said the play’s adapter and director, Christopher Carter Sanderson.

And then he cackled, making it impossible to tell whether he regards puppet sex as a threat or a promise.

“There’s nothing funnier than two fully clothed people dry-humping on stage,” he added, giving me something new to think about.

Audiences are loving it, Mr. Sanderson said, adding that no critics had yet come.

Mr. Sanderson’s show is not to be confused with Tucker Max’s 2006 best-selling memoir, I Hope They Serve Beer in Hell, which staggers through the post-law-school life of a 20-something jackass whose sole purpose in life seems to be to get as drunk as possible as frequently as possible and sleep with as many women as possible, sometimes while vomiting and defecating. The New York Times called the book a “monument to immaturity.” The term “fratire” was coined to describe it.

Nor does the play have anything to do with the awful 2009 movie version of the book. Mr. Sanderson sees Tucker Max more as a kind of Don Giovanni or a postmodern clown, even a Shakespearean jester. And also redemptive. “He [the Tucker Max character] damn near gets beat at his own game and realizes that. The character goes on, and the audience has a feeling of telios at the last moment.”

Telios, the ancient Greek word for what theatregoers, experiencing the fourth act of the play, feel as they discuss it in the car on the way home, Mr. Sanderson explained, adding that this is his definition.

It is difficult at first to fathom why the man who drops words like telios, Aristotle and catharsis, and who specializes in Shakespeare done outside in the elements, was drawn to Tucker Max. Only when you start talking to Mr. Sanderson, 48, do you realize that he not only likes these sort of high-low collisions, he yearns for them, even seeks them out: in addition to Princeton High School, from which he did not graduate (disclosure: I went to the same high school in the same era), his résumé includes a year in Paris, where he decided he was not cut out to be a professional poet, a stint as a sous-chef, NYU, founding artistic and producing director of Gorilla Repertory Theatre, for which he received “over 12 New York Times reviews,” the Yale School of Drama (where I also went, although at a different time and in a different program), five years as a bosun’s mate in the U.S. Navy, where he was tasked with “anti-terrorism and force protection” in the Persian Gulf, and nine months as executive director at Kentucky Repertory Theatre, which is located in Horse Cave, Ky., 80 miles south of Louisville.

As a result of this eclectic path, Mr. Sanderson sometimes sounds like someone in the Secret Service: asked why he left Kentucky Rep after one season, he said, “I can’t comment. It’s in court settlement.”

But other times he is wildly candid. About the fact that he is a recovering alcoholic—Mr. Sanderson said that adapting Tucker Max was the closest thing to a bar bet he has had in 14 years.

About whether he owns any guns—he mentioned his Smith & Wesson shotgun from 1910 with his great-grandfather’s, his grandfather’s and his father’s initials carved into the handle, but not his. “I’m waiting for the birth of my first child.”

About the 2004 review of Gorilla Theatre: A Practical Guide to Performing the New Outdoor Theatre Anytime Anywhere in American Theatre magazine, which included a line about his supposedly having “punched an actor.” (The magazine ran a correction.) “I never punched an actor,” he said. Although, “In the book, there’s a story about a guy on angel dust, and I dropped him with a mag light …”

About PTSD, from which Mr. Sanderson suffers so profoundly that once, while we were talking on the phone, he began to weep: “It’s difficult to explain. I feel like I’m Odysseus. I don’t want to be too explicit, but during the bloggers’ untrammeled attack, I felt like I was under attack by the Cyclops.”

That attack began on May 1, about six weeks after I Hope They Serve Beer on Broadway’s off-off Broadway opening was announced. Jezebel posted a piece saying: “Those unfulfilled by simply reading Tucker Max’s homophobic and misogynistic books about how hilarious it is to manipulate, objectify and humiliate women will be thrilled that they can now watch a staged production.”

Mr. Sanderson fired back, and his 900-word email was posted on Jezebel the following day. It included sentences like “Because Tucker had never seen a play before and has no understanding of theatrical art or its practitioners—in fact, he called me, to my face, a ‘theater fag’—he agreed to give me full creative control in all aspects of this project … He has not seen the script, nor will he even attend a rehearsal.”

On cue, tickets to the Off Off Broadway run sold out. To celebrate, Mr. Sanderson found a “hot chick” on OkCupid, got his third tattoo, a trident on his chest, and took out the chick for a steak dinner. “I have trouble rewarding myself.” (“She was a redhead. We’re not seeing each other anymore.”)

Mr. Sanderson first became aware of Tucker Max in 2009 in Houston, where he was directing three operas. A friend gave him I Hope They Serve Beer in Hell. He thought it was funny.

“That would make a hell of a piece of theater,” he thought. But from the beginning, Mr. Sanderson intended to “make this material say something in addition to what the book says.”

Mr. Sanderson means that his play, which is drawn not just from I Hope They Serve Beer in Hell but also from Mr. Max’s slightly less offensive 2010 book, Assholes Finish First, is “high art” about “humanity.” He sees it as being part of a war, a battle between those who have enlightened ideas about human sexuality and those who do not. His play is a revolution.

What Mr. Sanderson means by revolution is sexual revolution, in the sense that his play will show its audience that sex “cannot be ghettoized.”

“In a scene at the end of the play, a transsexual leaves the Tucker Max character’s bed. Every audience member is going to feel that it’s a triumph of the oppressed class. Every beer-drunk frat boy, they’re gonna think to themselves, ‘I would totally have sex with that woman.’”

When I timidly asked Mr. Sanderson how he responds to the criticism that I Hope They Serve Beer on Hell promotes rape culture, he responded, “That is like asking you: how are you dealing with the accusations that you committed the murders in Central Park.”

There are no rapes in these stories, he said emphatically, adding that anyone who says that has not read the books.

And besides, Mr. Sanderson continued, one thing he has learned from working on the project is that cancer patients read I Hope They Serve Beer in Hell, and for them, Tucker Max “is transformative.”

But will there be beer, as the title promises?

“We feel more like a bar that’s serving a play.” 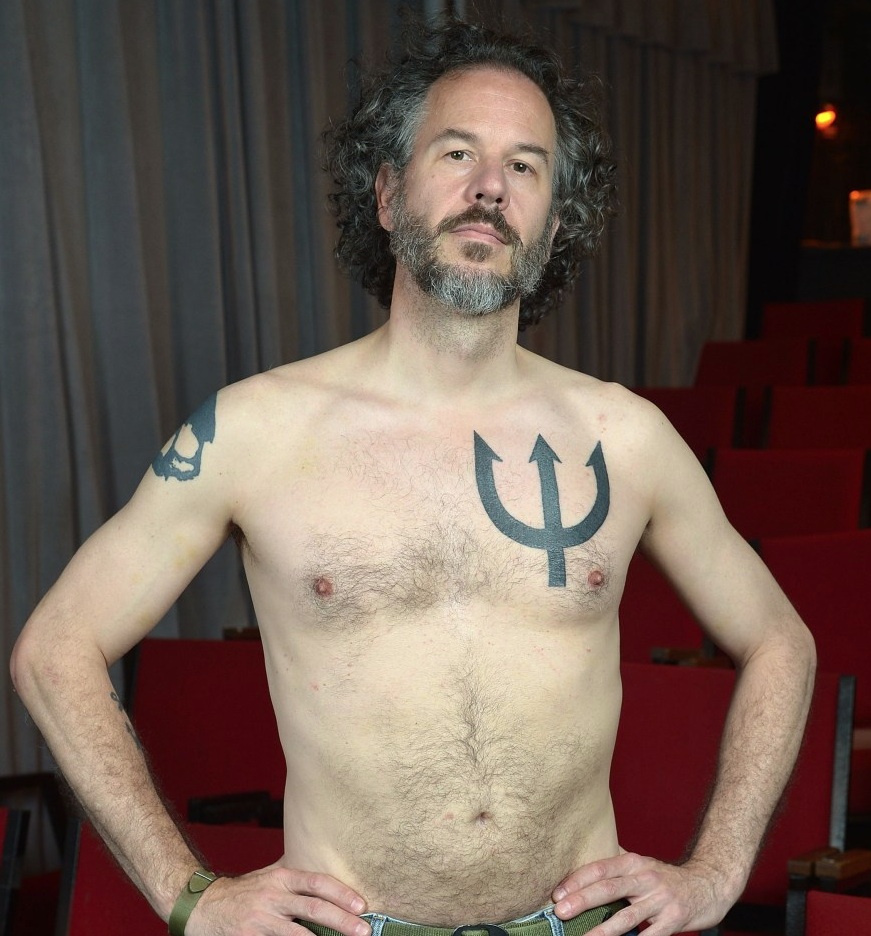