“This is a courageous statement coming from a respected Republican leader who is calling the Governor’s special election gambit for what it is, a self-serving waste of taxpayer’s dollars that is unfair to New Jersey voters.” said Turner, sponsor of a bill to move the gubernatorial election to Oct. 16, the same day when Christie wants the special U.S. Senate election.

“I hope that this serves as an inspiration for the Republican legislative leaders in Trenton to help us avoid this incipient train wreck,” the Mercer senator added.

Turner said Soaries’ statement coincides with a statement of support for a single election made by Dave Pringle of the NJ Environmental Federation before the Senate State Government, Wagering, Tourism, and Historic Preservation Committee yesterday.

“The voices against this Governor’s power play are growing and they ought to concern those Republican legislators who are planning on riding his coattails to victory this fall,” Turner said. 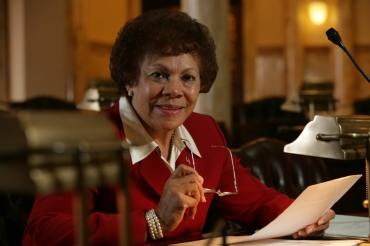