In a move that’s left smokers gasping, a major New York real-estate company has banned smoking on all of its properties, including on private terraces and balconies.

Related Companies, which owns and operates apartments and condominiums all over the city, is now making new tenants sign a document promising not to smoke inside their apartments on penalty of eviction, the New York Times reports. Current tenants who wish to renew their leases will also have to butt out.

Jeffrey I. Brodsky, the president of Related Management, told the Times, “It’s not unlike somebody playing their tuba at two in the morning and compromising their neighbors’ efforts to enjoy their apartments.” The company also said that smokers in the building were putting the health of non-smokers at risk.

“Apparently Related Companies builds sub-standard buildings,” Ms. Silk said. “If anything is penetrating the walls or through the ventilation system, then their design is flawed, and people are moving into a building with a design flaw.”

“True, there are noise laws,” she said. “But it doesn’t mean you can’t play music at all. Here they’re saying you can’t smoke at all. The analogy fails.”

Overall, this seems like an incredibly gutsy move, since, as the Times points out, smoking is “legal private behavior” and the ban seems to tread into Big Brother territory. Ms. Silk added that the only way to enforce the ban would be to have “neighbors informing on neighbors.” That can’t possibly look good on the brochure.

Then again, a lot of the people living in these luxury buildings–with their own private terraces to boot–are probably gluten-eschewing pilates freaks to begin with, right?

Still, we’re guessing residents will protest the ban with every breath left in their sooty black lungs. Or, they could just ignore the ban and keep doing what they want, as New Yorkers tend to do. 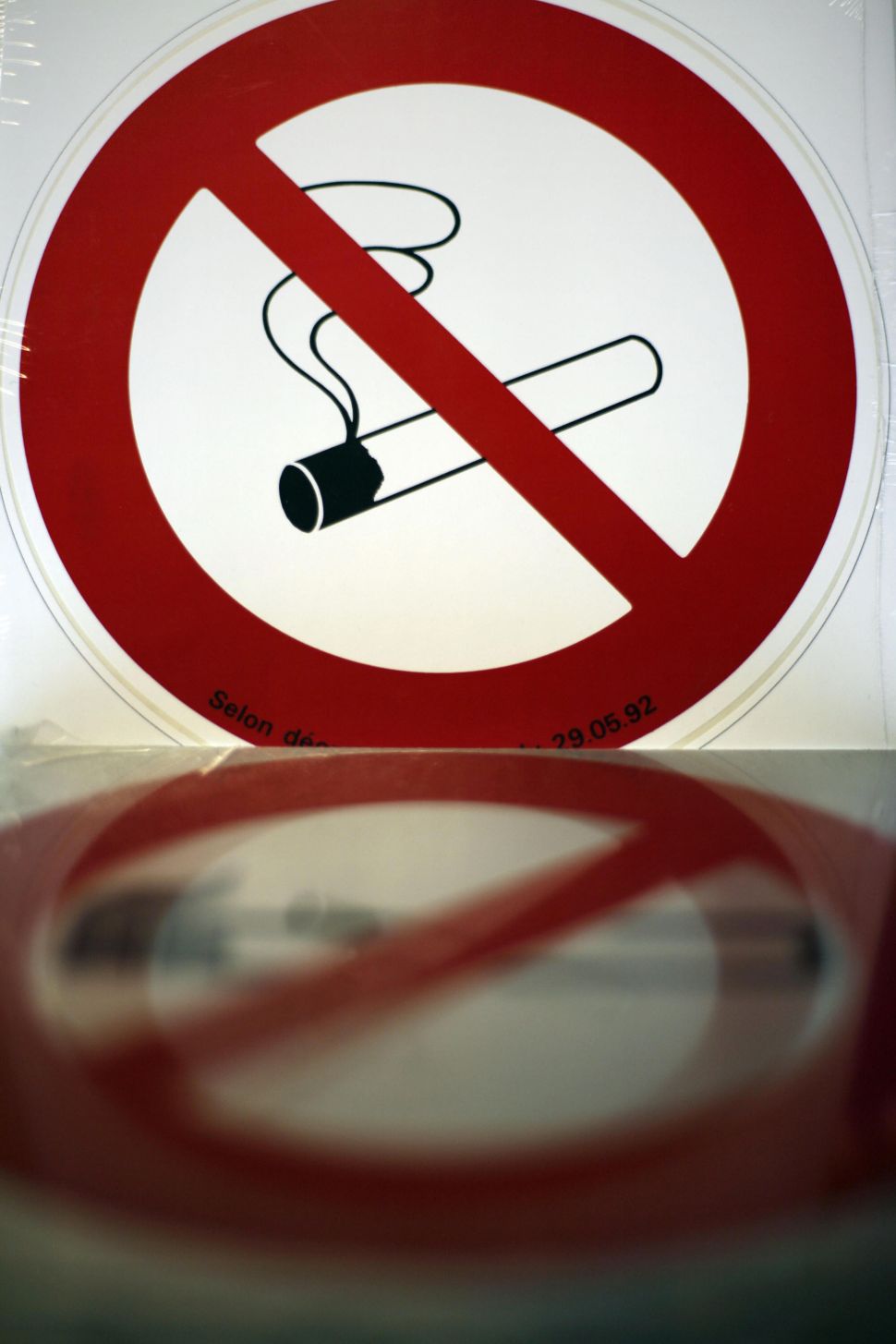