The Supreme Court this week struck down the Defense of Marriage Act paving the way for married same sex couples to receive federal benefits. In states like New Jersey, which doesn’t allow gay marriage, advocates say the court’s ruling paves the way. To top it off the legislature passed a measure outlawing gay to straight conversion therapy, a victory for gay rights advocates.

The latest poll shows Booker’s opponents in the U.S. Senate primary well in his rear view mirror and unsure how to proceed.  What looked to be an all-out sprint by four candidates is so far looking like a victory lap for Booker.

Ramos picked up the backing of two trade unions this week as he vies to become mayor of Newark.

The latest poll showed Lonegan up by 30 in his bid for the Republican U.S. Senate nomination and he’s already received the backing of many in the establishment GOP community.  The bad news for Lonegan is should he win, a buzz saw named Booker awaits.

The popular executive director of the Assembly Majority is heading for new environs. He won’t yet say where he’s going, but there is no doubt he will be missed.  In his four year tenure, Caruso has helped Assembly Democrats shepherd through several landmark bills including pension and benefits reform and most recently a host of gun control bills.

The newly minted senator cast his vote with the majority this week on sweeping immigration reform in what will no doubt be the most momentous vote of his truncated tenure.

“As a former Federal prosecutor and Attorney General for the State of New Jersey, I have looked carefully at this debate through the lens of public safety and law enforcement,” Chiesa said in a statement. “This bill strengthens border security, E-verify and better identifies visa overstays through an improved entry/exit system. I will vote for this immigration bill because I believe it is the right thing to do.”

The Paramus Borough Council President was chosen to run on the 38th District Assembly ticket replacing Assemblywoman Connie Wagner who chose not to run for re-election.

Amid the backdrop of a tumultuous month in Trenton, this year’s budget negotiations became almost an afterthought.  The annual ritual culminated with approvals from both hosues that were completed by 5 p.m., a far cry from the normal routine of posturing and pontificating that has been known to last into the wee hours.

This week might have been a draw as neither candidate had a particularly stellar week but a Kean poll put Christie’s approval rating at 70 percent and shows him up 30 points over state Sen. Barbara Buono is his bid for re-election. Plus, Ann Coulter disavowed him.

Rutgers Board of Trustees

The 59-member board has been deemed irrelevant by the Senate President who is working to eliminate the body.

The Newhouse family had a rough week, announcing plans to reduce delivery of the Oregonian and lay off staff and threatening to close the Star Ledger if union concessions weren’t gained by September.

Sacco presides over North Bergen, which this week was slapped by the state comptroller for among other things paying an attorney for a “no-work” job.  Though they were paying attorney Eric Bal $18,000 per year, the comptroller essentially got a shoulder shrug when he asked what Bal did for his money.  On top of that, Sacco and North Bergen employ the highest-paid municipal attorney in the state.  And he’s not just the highest paid by a few bucks, he makes somewhere between 35 percent and 125 percent more than the attorneys in the state’s four largest cities.

The former Middlesex County Sheriff pleaded guilty this week for a jobs for bribes scam.  The 67-year-old who is reportedly in poor health looks to be headed to jail for quite some time as prosecutors are seeking a sentence of nine years with two years of parole ineligibility. 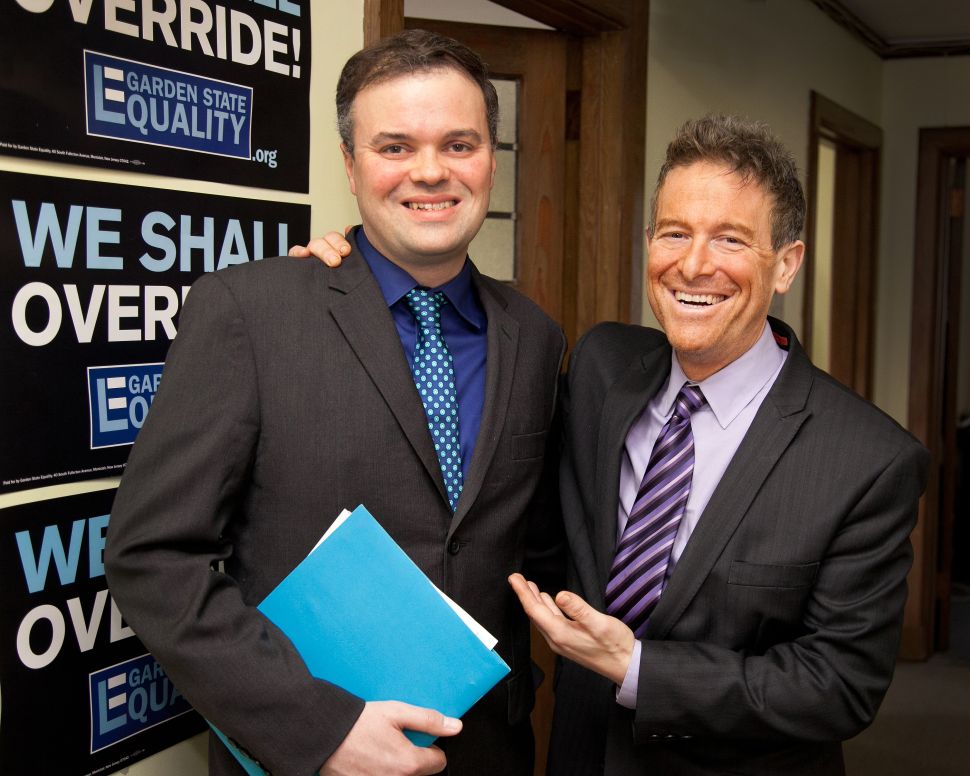