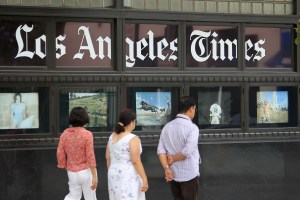 We just received a letter signed by 15 directors of prominent museums in California that protests the recent layoff of longtime art reporter Jori Finkel, who was let go in the most recent round of layoffs at the paper, which is owned by the bankrupt Tribune Co.

We were dismayed to learn that your art reporter, Jori Finkel, was let go in the Los Angeles Times’ most recent round of layoffs. We are writing to you now to share our deep concerns about this decision and to call for the reinstatement of this position.

Jori is the go-to source here for art-world news and analysis, with articles that are consistently insightful and accessible and a byline that is read around the world. Her early coverage in 2011 of the Getty’s ambitious $10-million Pacific Standard Time initiative and the many collaborating museum exhibitions helped to shape much of the national and international coverage that followed. Since then, she has been breaking major museum news and writing must-read artist profiles, informed by a broad understanding of art history and the current scene as well as the art market. These stories give context for reviews by the paper’s critics – Christopher Knight most notably. Jori’s work and that of the critics go hand-in-hand to provide a sophisticated and robust picture of Los Angeles’s ever-expanding art scene.

It is especially unfortunate to see you dismiss your only staff reporter specializing in art now that Los Angeles is increasingly recognized worldwide as the most influential center for contemporary art and culture. For instance, just as she was being laid off, the New York Times dedicated nearly three full pages to L.A.’s significance within the international art world. Without a dedicated art reporter the competitive positioning of the paper is seriously undermined. (It’s also worth noting that some of the potential buyers of the L.A. Times are art collectors and follow arts news with special interest.)

Art and culture also have a serious economic impact on this city. According to the most recent Otis Report on the Creative Economy, one in eight regional jobs in L.A. and Orange County are generated by the creative industry, which has a total economic output of over $230 billion annually. The visual arts in Southern California have proven particularly rich, varied and impactful. Certainly a world-class city with world-class art deserves a newspaper that fully understands that impact.

As Los Angeles Times readers and advertisers, we expect more from the paper. Moving forward we hope that theL.A. Times restores this important position and better recognizes its responsibility to cover the art and culture that shapes our creative city. 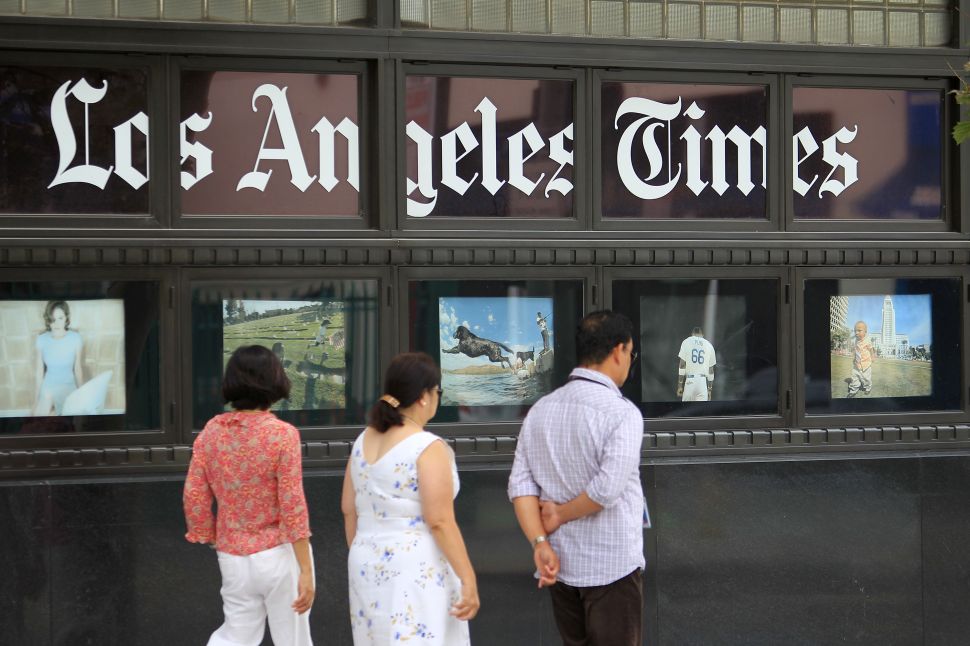