Dear Man Who Slapped Me on the Subway Yesterday:

You may not remember me, but you were one of the dozen or so people on the F Train who didn’t get out of the way while the other passengers were trying to get off and the doors were closing at the 2nd Avenue stop. I was the angry looking guy who yelled, “Let us the fuck off!” Remember? You were the adult playing Grand Theft Auto: Vice City on your phone?

Your response to my exclamation was to slap me on the back of the head and mutter, “Watch your mouth.” This whole transaction happened pretty fast and the doors were already closed before I could, you know, properly respond by unleashing a true litany of cussing from somewhere deep in the bowels of hell that would have made my grandmother weep from her grave.

Anyway, I just wanted to say that all is forgiven. I understand that the F train in Manhattan at 6 p.m. on a weekday when it’s 100 degrees outside isn’t the ideal setting for interactions of any kind. I understand that grown ass men want to play video games in public with the sound turned all the way up so that everyone else can have their personal space invaded just a little more than is already the case on the subway. And I understand that these very same men still reserve the right to take the moral high ground on expletives and other social occurrences in Manhattan that are so ubiquitous they are rendered meaningless—like jaywalking. You really do seem like a nice guy, with a good head on his shoulders and his feet firmly planted on the ground. (Even on a jittery subway car!)  I think this could be the start of a beautiful friendship.

Oh, wait. On second thought, I wish upon you an eternity of crowded F train rides in July surrounded by a herd of coughing, farting strangers whose droplets of dirty sweat are lifted off their sticky, rank bodies by the harsh movements of the train and placed directly into your open mouth.

See you in hell, 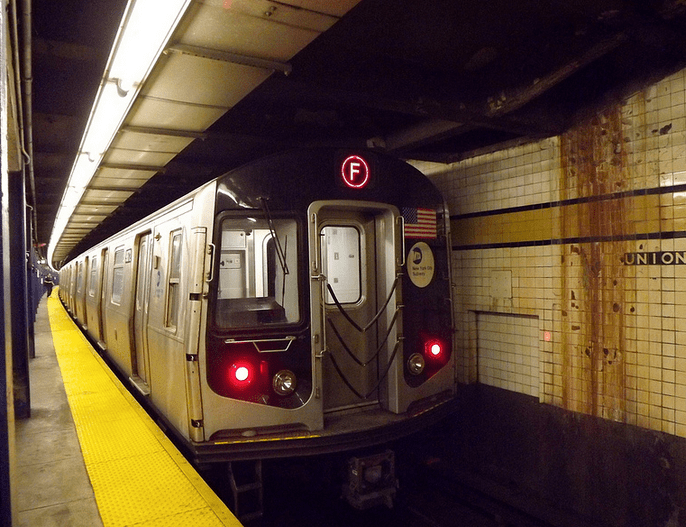