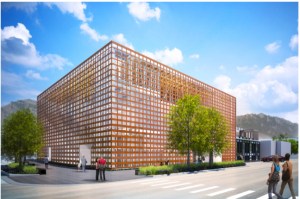 The Aspen Art Museum has raised $58 million in a $65 million fundraising campaign, the museum announced. In the summer of 2014, the museum will triple in size, moving into a 33,000-square-foot building designed by Shigeru Ban.

The museum has also announced its inaugural exhibitions in the new space, including a show pairing the work of Yves Klein and David Hammons “to explore points of aesthetic harmony between their practices.” The museum has also organized a retrospective of designs by Shigeru Ban and solo shows by Tomma Abts, Rosemarie Trockel, Jim Hodges and Cai Guo-Qiang.