Assemblywoman Deborah Glick is dismissing as “fiction” a report alleging she is leading a coup of female lawmakers to depose Shelly Silver as Assembly speaker.

The New York Post’s Fred Dicker reported this morning that Mr. Silver is facing a “serious leadership threat’’ from 30 Democratic Assemblywomen fed up after being forced to defend him in the wake of the Vito Lopez sexual harassment scandal.

“Assembly insiders” reportedly told Mr. Dicker that the women “may be looking to topple Silver next year”—with Ms. Glick described as the most likely challenger to the speaker.

But Ms. Glick, who represents parts of Manhattan, immediately took to Twitter to dismiss the story, accusing Mr. Dicker–the dean of the Albany press corps–of being high.

In an interview with Politicker this afternoon, Ms. Glick continued her take-down of Mr. Dicker, denying the story and accusing him of “sowing seeds to dissension where none exist.”

“You know, he’s a great fiction writer and you know, he’s obviously bored in Albany and so, you know, whenever you see ‘well-placed insider,’ ‘a source know only to me,’ the source is Fred’s imagination,” she charged.

“You can’t take it seriously … There’s no substance to any of what he has to say. The women are not unhappy with the Speaker,” she added, accusing Mr. Dicker of being “maybe a little distraught” that his inside track with the governor had “dried up.”

“I think the best way to respond to nonsense is to use humor,” she said of her tweet.

Ms. Glick further argued that while there had been some frustrations with the way the session ended–mostly due to the fact that it took so long to nail down language for the Women’s Equality Act, giving critics an opening to spread “misinformation”–it had nothing to do with Mr. Silver’s leadership. Instead, she charged that Mr. Silver had come under attack because of of his positions on progressive issues, including the millionaires’ tax, hiking the minimum wage, and a moratorium on hydrofracking.

“I think the only frustration–and I can only speak for myself, though I suspect some of the other women may feel the same way—is that Vito Lopez is running for City Council with almost no press attention given to him,” she said. “I suppose in today’s elections, he may not be viewed as having the greatest chutzpah. I don’t know.”

She also said that, despite her name being floated as a possible speaker, she has “no ambitions to do a job different from what I have now.”

“I’m very happy being the chair of higher education,” she said, noting that she is still a long way from reaching her stated goal of visiting every CUNY and SUNY campus across the state.

“Call me in about five years,” she quipped.

Mr. Dicker did not immediately respond to email requests for comment. 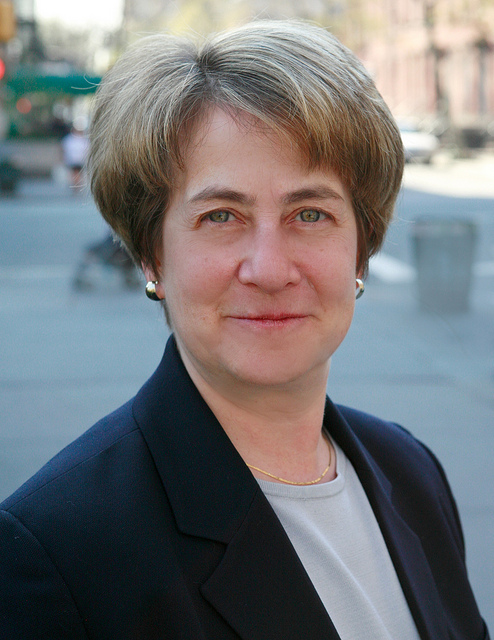