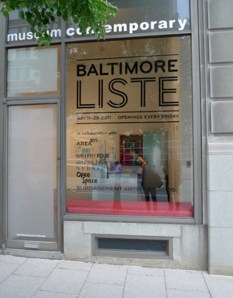 Baltimore’s Contemporary Museum, which closed abruptly last year when the board fired the director and part-time staff after a failed fundraising campaign to support the institution’s move to a new location, has reopened with a new director, a new board and a new name: The Contemporary.

The Contemporary, according to Art in America, will begin operations again later this year under the direction of the 26-year-old Deana Haggag. She will be the only staff member. There is no plan for a new space. The institution will instead stage site-specific pop-up shows, which were the backbone of the Contemporary’s programming in its early years. (It was founded in 1989 by George Ciscle.)

Ms. Haggag told Art in America: “We’re trying to stray away from taking over a venue, but rather focusing on experiential projects in Baltimore, for civilians, pedestrians…The Contemporary lost that over the last 20 years.”