“Because of child poverty, our nation loses out on the talent and ingenuity of millions of people,” Booker said. “Precious tax dollars – resources that will be stretched thinner with every passing Baby Boom year – are misdirected: earmarked for prisons and preventable medical interventions, instead of our schools and universities, instead of countless priorities that would strengthen America’s competitive position.”

Booker wants to help pass the Fair Minimum Wage Act of 2013, which would raise the federal minimum wage to $10.10 per hour over two years. He wants to expand Section 8 housing opportunities and expand affordable housing options. He wants to bolster the earned income tax credit (EITC) by reducing its marriage penalty.

The U.S. Senate candidate celebrated the expansion of access to healthcare through the implementation of the Affordable Care Act, and promised to work hard to expand Medicaid enrollment among poor and immigrant communities.

Targeting childhood obesity, Booker vowed to preserve funding for the Supplemental Nutrition Assistance Program as well as free and reduced lunches. He also wants to engage in “forceful and public dialogue with the food industry.”

Booker favors universal access to pre-school for children beginning at age three and wants it done by 2025.

Booker argued his case in terms of increasing the country’s global competitive edge. “Allowing the American child to grow up in poverty makes victory impossible,” said the mayor, who cited a rise in child poverty in New Jersey of 25% since 2007.  “We will not win by being cheaper. We win by being better.”

Celebratory of strengthening public schools, the plan does not include an outline for vouchers implementation. “I still support the Opportunity Scholarship Act (a state pilot program for school vouchers),” said Booker, but stressed his public schools investment advocacy at the federal level.

The mayor repeatedly argued that we are spending our government funds in the wrong area, namely on prisons, instead of child care and education.

“The fact that child poverty is not talked about enough in Washington is indicative of the problem,” Booker said. 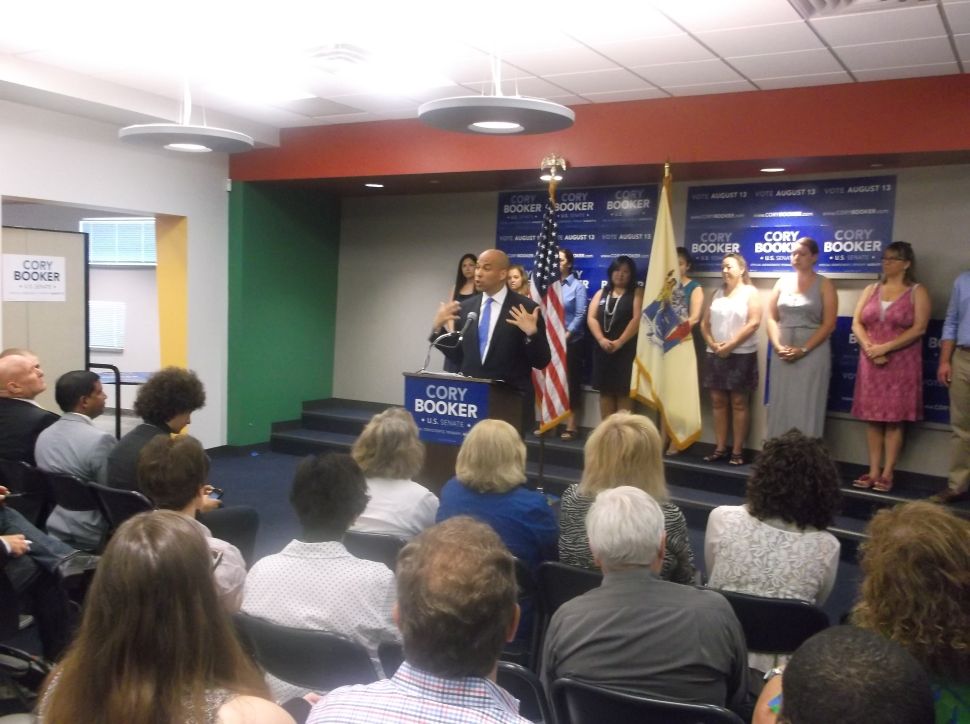