The day I met Dr. Belisa Vranich, I hadn’t smoked a cigarette in a week. It was a noble resolution in theory but had left me more of a mess of nerves than usual. While working out at the private gym WILLSPACE–as part of my Menace “Get In Shape” program–I was approached by the gym’s owner Will Torres to “meet someone” after my session. Of cour my mind immediately said “Lawsuit.” He was going to have me meet a lawyer, who would be suing me, for some reason. Totally sensical.

So even though I breathed a sigh of relief to find out I was instead meeting with a new kind of health advisor, the last thing I wanted to do was listen to a spunky little blonde woman in Spandex tell me all about the benefits I’d get from a “breathing coach.”

Honestly, having a guru specifically for breathing was just about the most unnecessary, frivolous service I’d ever heard of. That’s saying a lot: I’ve met people who cater exclusively to dog weddings.

Walking in high heels, eating food in public, putting on makeup: I was willing to concede that I suck at a lot of things. However, since I’ve been able to make it this far without dying from a lack of oxygen—despite my half-pack-a-day habit—I was pretty sure my sympathetic nervous system didn’t really need to be “coached.”

Then I looked at Dr. Belisa’s client roster: her private classes—$250 to $350 a session which she now teaches at WILLSPACE exclusively—are in demand by everyone from Morgan Stanley executives to food bloggers, rich housewives to New York’s finest. Notable names who have come to learn how to breathe at the feet of the tiny guru include Obama appointee Juan Verde, Buyology.com CEO Melissa Hobley, and a certain hedge funder currently in hot with the S.E.C. and F.B.I. for his role in illegal trading operations.

I was now somewhat less skeptical. Especially since The National Institute of Health’s 2010 study of voluntary management breathing control therapy concluded: “Even after the small number of sessions, the voluntary control therapy showed an effect over the cortisol, which diminished.”

Cortisol is a “stress hormone.” It’s triggered by dangerous situations that require fight or flight responses, taking stored energy from our muscles and increasing our blood pressure and breathing rate while slowing or shutting down the metabolic process, including  digestion, growth and immune systems.

This rerouting of our bodies’ major energy sources is great if you are being chased by a bear or attacked by ninja henchmen during a high-stakes poker game with the fate of the world in the balance. The problem is that in today’s over-stimulated modern world, most people spike their cortisol without even realizing it: taking the train, drinking caffeine, not getting enough sleep, intense exercise, dieting and “burnout” are factors that have been shown to have a general correlation with an increase in our body’s natural stress hormone.

In Woody Allen’s latest film, Blue Jasmine, Cate Blanchett’s neurosis-plagued, Xanax-popping socialite has breakdowns punctuated with the feeling that she can’t get enough air into her lungs, which “causes [her] to have an anxiety attack.” It was an experience I could totally relate with.

Breathing, as it turned out, wasn’t as easy as it looked. Dr. Belisa explained, “Most people breathe incorrectly. Especially when they are stressed and nervous, they take these quick, shallow breaths that only bring air into the top part of the lungs.”  In order to breathe correctly, I had to locate my “lower diaphragm,” which was actually in my stomach, and inhale through that, which meant counter-intuitively expanding my stomach (to the point where I looked four months pregnant) and relaxing my pelvic muscles with each breath in, and then tightening everything up on the exhale.

Then it was time for the exhale pulsations: 50 quick breaths out, where I had to tighten all my muscles, er, down there. I didn’t know how much of this was helping me relax, especially when I kept having to stop and pee.

We were already at the hour and a half mark when Dr. Belisa told me to combine that diaphragm stomach breathing with a second inhalation— the kind I normally did. So instead of breathe in and breathe out, I was actually doing a “Breathe in, breathe in … breathe out.”

“Something feels…weird,” was my last cynical thought before blasting off into la-la land. Suddenly, it didn’t seem weird to inhale all the air I could fit into my stomach (and then add some more to sit in the top of my lungs). It felt … normal. It felt great. After a minute, I was ready to tell Dr. Belisa all about my childhood and how I thought that sometimes I kept an emotional distance from people because I never really came to terms with my parents’ divorce.

“I’ve never seen somebody whose body just wants to breathe naturally!” Dr. Belisa exclaimed, and I didn’t even mind when she helped me lie down. She turned off the lights, put on some Pink Floyd (which … awesome), and covered me with a blanket. Then she placed two warm stones in my hands and had me focus on the two-part breath, occasionally murmuring rote meditation axioms about letting my mind drift and allowing myself to experience whatever images came up.

I don’t know how long I lay there in the dark, but I could feel this weird tingling sensation start up my hands. And remarkably, the first thought wasn’t “Oh my god, I’m having a heart attack,” so I knew this breathing stuff was working. About three trippy songs later, Dr. Belisa gently pulled me back up and turned on the lights.

Something was … different. Definitely different. After two hours of purposefully over-oxygenating my blood, I had the distinct sensation that I could have shot lasers out of my fingertips. ZING ZING.

I wanted to hold on to my skepticism about the necessity of a breathing coach: After all, I understood the ideas behind meditation, and knew that I would be most susceptible to suggestion after spending so much time focusing intensely on changing the defaults on my autonomic nervous system. As a matter of course, I was suspicious of anything that made me feel happy and relaxed. What was the catch?

Still, as they say, you can’t fight a feeling, and I left Dr. Belisa’s feeling like I was walking on air.

I bought a nice dress. Then I decided to call my old boss, whom I hadn’t talked to in a year and a half, to see how he was doing. I was due that afternoon to refill my anxiety medication, but I decided to get my hair cut instead.

It was like being high, except without all those nasty residual side effects of paranoia and Dorito-eating. Dr. Belisa had given me a CD to use to practice the exercises, and even though I’m morally against doing “breathing homework,” I at least tried it once, at 10 p.m. that night. I was asleep before the five-minute mark.

“I can tell, you really practiced your breathing this week!” Dr. Belisa exclaimed at our next session, and she was too happy for me to correct her thinking. I mean, yes, technically, I did practice my breathing, in the sense that I managed to do it in my sleep.

After my first few sessions with Dr. Belisa, I was able to halve my anti-anxiety medication. And I hadn’t wanted a cigarette at all since learning to inhale with my lower diaphragm, a devil’s trick if there ever was one.

I still understand, fundamentally, that paying so much money to learn how to breathe is inherently ridiculous. And this is all assuming that you have at least an hour to spare a couple of days a week to practice, which seems like its own kind of insane luxury.

Small wonder, then, that Dr. Belisa works with such a high-class clientele: when even breathing can cost an arm and a leg, who can afford it? 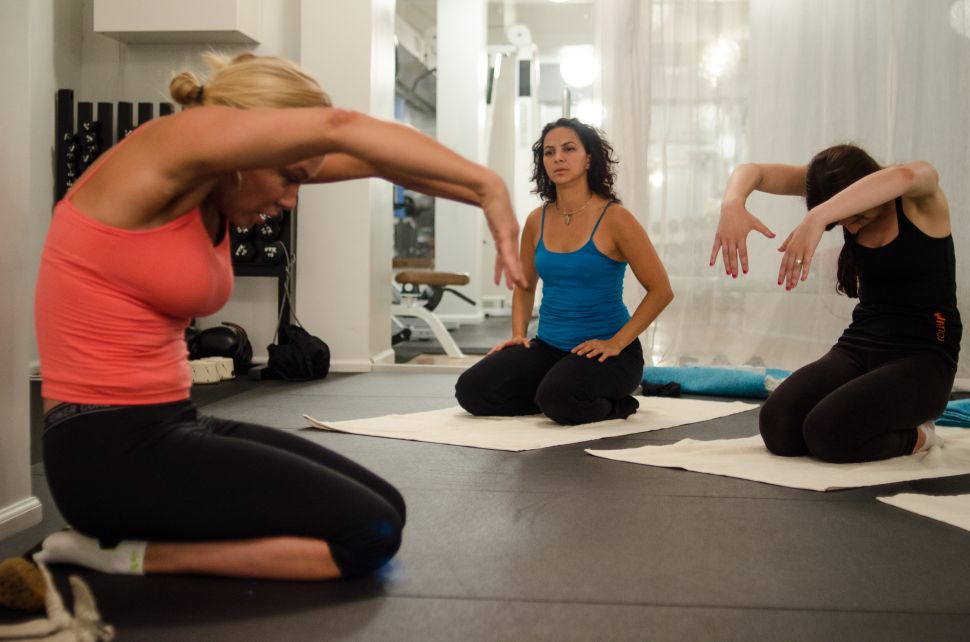