Police in Queens are searching for two men who stole an ATM from a local diner.

A security camera inside the Jackson Hole Diner on Astoria Boulevard filmed one of the men breaking into the property and removing the ATM. The man, who presumably left his credit card at home, cleverly made no attempt to conceal his face while committing the robbery.

The NYPD said another man waited outside, acting as a lookout. Both suspects fled the scene in a light-colored Honda CRV. The incident occurred on Monday, July 8 at 4.25 a.m.

NY Daily News reported that the machine was worth $2,000 and contained $9,000 in cash. When contacted by The Observer, the restaurant refused to comment.

Police have asked anyone with information to call the NYPD’s Crime Stoppers Hotline at 800-577-TIPS or visit their website. 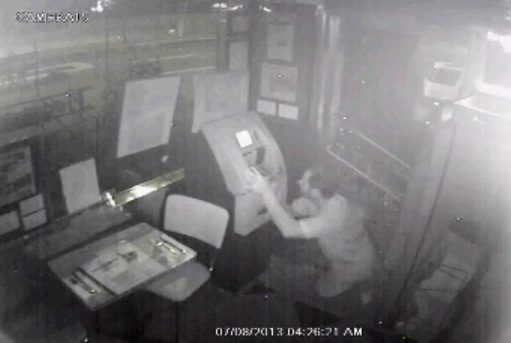