“It is great to be back home,” said Gov. Chris Christie, flanked by Essex County Executive Joe DiVincenzo and Essex County Sheriff Armano Fontoura in Iberia’s in the heart of the Ironbound.

While many career elected Democrats stay out of the way of gubernatorial politics this season with Christie leading his challenger by double digits, DiVincenzo and Fontoura have assumed the dual roles of proud pillars of support in the name of good government.

“This great man,” DiVincenzo said in reference to Christie when they stood in the packed restaurant with members of the city’s Portuguese community.

“Governor Christie has put us on the map nationally, where they’re talking about us,” the powerful county executive exulted. “For the last 11 years we have used the slogan, ‘Putting Essex First.’ Governor Christie has been putting New Jersey first. He’s been there for the towns and the 800,000 people that I represent. This is the first time I crossed over.”

“He’s an easy sell,” Fontoura said of the governor.

“Our country was built on compromise,” Christie chimed.

The governor was born in Newark, and spent the first five years of his life here. His father worked in the Ironbound. Plus, he himself worked here when he served as U.S. Attorney.

“The restaurants in Trenton aren’t nearly as good as they are here,” Christie told a cheering crowd, which included East Ward Councilman Augusto Amador.

“There is no better sheriff in New Jersey than Armano Fontoura, and I am thrilled to have his support,” the governor added. “For 11 years, Joe has led by example, running a clean, effective and efficient government. Children and families have beautiful parks to go to. He has been completely committed to making it (the county) better. I love working with these guys.” 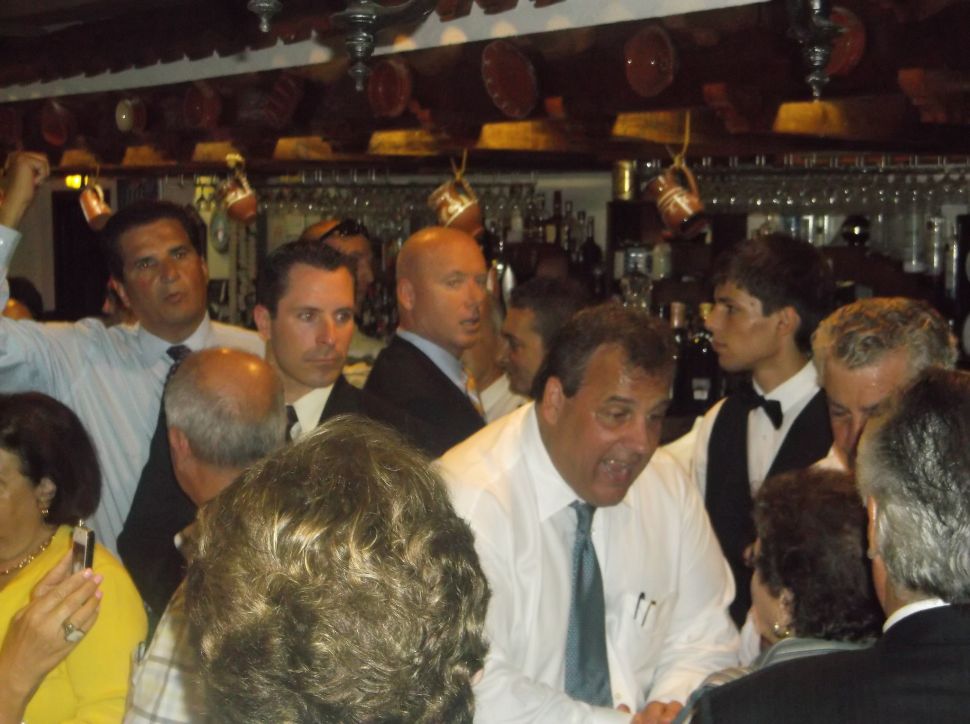