LITTLE FERRY – Gov. Chris Christie denounced a racially incendiary comment by a Republican congressman but stopped short of saying he wouldn’t again campaign for him.

“I think it’s an awful comment, and one he shouldn’t have made,” Christie today told reporters.

U.S. Rep. Steve King of Iowa in an interview with Newsmax earlier this month said of undocumented workers, “For everyone who’s a valedictorian, there’s another 100 out there that weigh 130 pounds and they’ve got calves the size of cantaloupes because they’re hauling 75 pounds of marijuana across the desert. Those people would be legalized with the same act.”

King made his comment in opposition to the DREAM Act championed by President Barack Obama.

PolitickerNJ.com this morning asked Christie if he would commit to not campaigning with King in the future.

“He hasn’t aksed,” said the governor. “If he asks, I’ll make” a decision at the time. 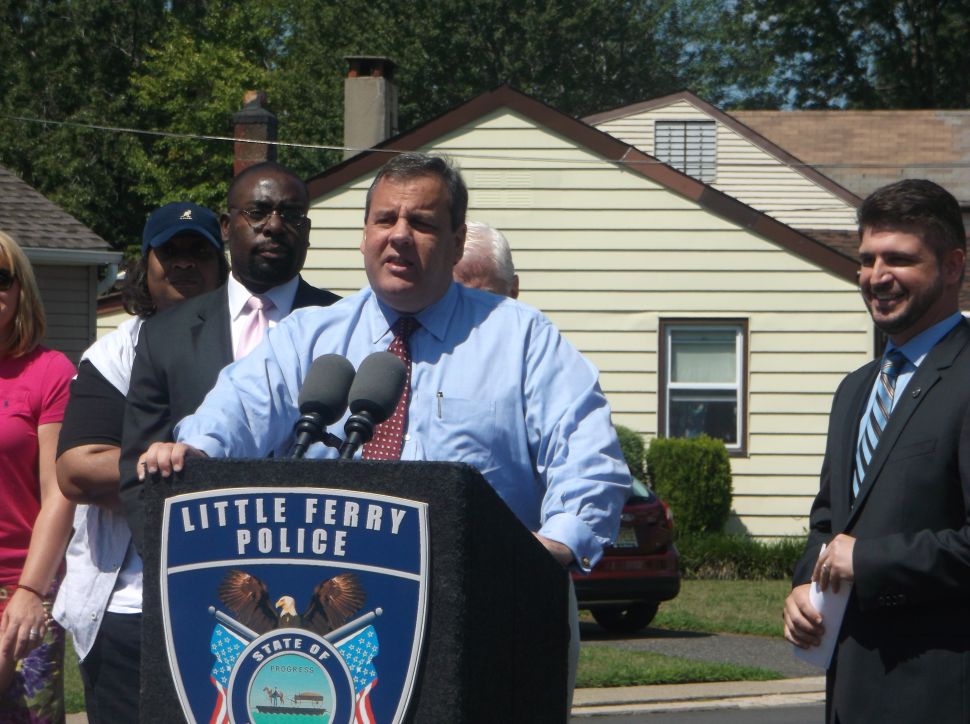