Carlos Danger was present at yesterday’s housing policy discussion at Pace University. No, not Anthony Weiner, though the mayoral candidate who allegedly uses the moniker for his online dalliances was there too.

This “Carlos Danger” was a man dressed in a red cape, black mask and “Zorro” hat.

But who is Carlos Danger, really?

If the costumed character is indeed Mr. Fenton, well, then, the city desk reporter is no stranger to the Weiner sexting scandal. In 2011, he scored the first interview with Gennette Cordova, a 21 year-old college student that Mr. Weiner had sexted. (Ironically, Ms. Cordova later accused him of misrepresenting himself to get her quotes; the Post stood by its story.)

But it has not yet published anything about a reporter dressing up as Mr. Weiner’s sext-happy alter ego and going to the mayoral forum. 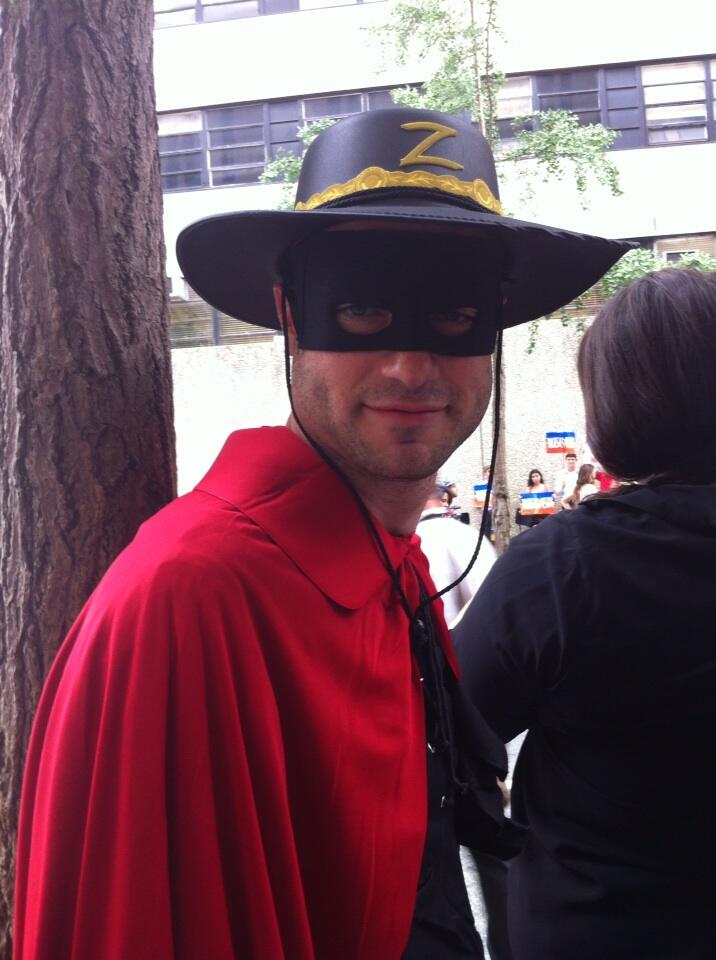