“This strain of libertarianism that’s going through parties right now and making big headlines I think is a very dangerous thought,” said Christie, sitting on a panel with other Republican governors at the Aspen Institute.

Someone asked Christie if he was referring to Sen. Rand Paul from Kentucky, son of U.S. Rep. Ron Paul (R-TX), who Doherty supported for President.

“You can name any number of people and he’s one of them,” The Times reported Christie saying. “These esoteric, intellectual debates — I want them to come to New Jersey and sit across from the widows and the orphans and have that conversation. And they won’t, because that’s a much tougher conversation to have. …The next attack that comes, that kills thousands of Americans as a result, people are going to be looking back on the people having this intellectual debate and wondering…”

A Republican who has clashed with Christie in the past, Doherty said he disagrees with the GOP governor.

“There’s a lot of concern in the Republican Party regarding adhering to the Constitution,” he told PolitickerNJ.com. “The  4th Amendment is very clear about law enforcement requiring government going to the judiciary to introduce evidence of suspicion before executing a search. These checks and balances have been on the books for over 200 years. These are very legitimate and to dismiss these concerns as dangerous thoughts I think is totally misplaced.”

Doherty has long argued a breakdown of the current two party system, which packages government power and sells it as public safety.

Doherty told PolitickerNJ.com he doesn’t yet know who he will support for president in 2016 but likes the fact that Paul gives voice to many of the issues his father championed in 2008 and 2012 runs for president. 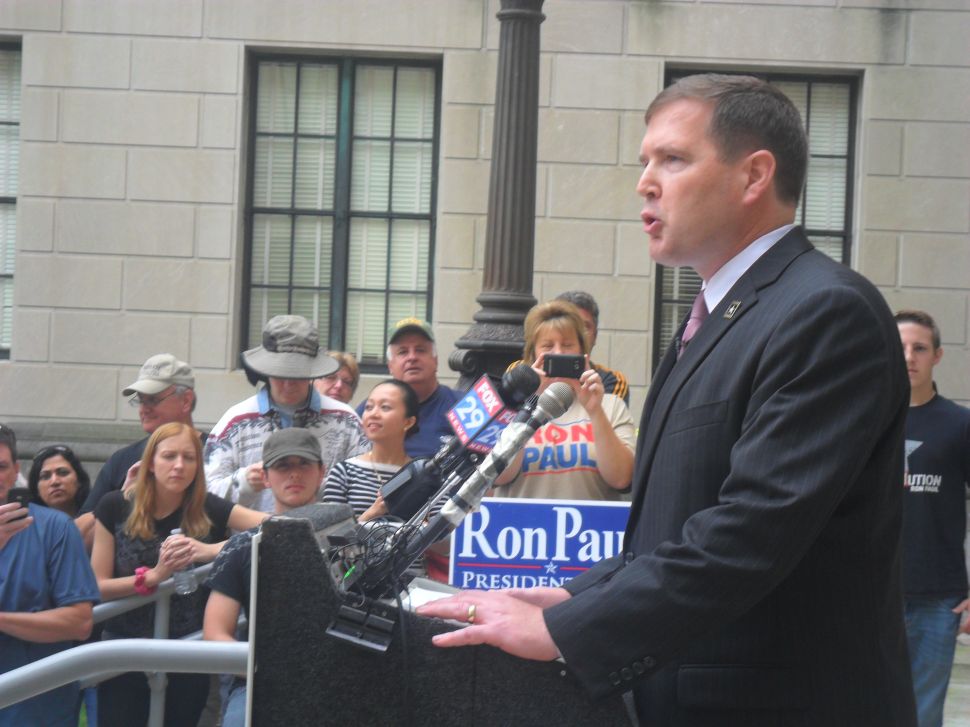