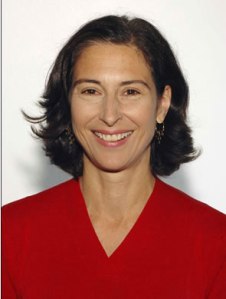 New York’s Helen Frankenthaler Foundation has hired Elizabeth Smith, director of curatorial affairs at the Art Gallery of Ontario, as its new director. She has been with the museum since 2010, which she joined after working as chief curator and deputy director of programs at the Museum of Contemporary Art in Chicago. Thanks to Artforum for pointing us to the news, which was reported by The Globe and Mail.

It’s a pretty exciting time to join the foundation, which administers various aspects of Frankenthaler’s estate and promotes her legacy. The Abstract-Expressionist painter died at the end of 2011, and her estate now works with the Gagosian Gallery, which earlier this year hosted a widely acclaimed exhibition of her work from the 1950s at its West 21st Street branch that was organized by John Elderfield, the chief curator emeritus of the Museum of Modern Art.