Like something straight out of Gattaca, scientists have developed iris-scanning technology to be deployed at schools, airports and banks, CNN.com reports.

“‘Imagine a world where you’re no longer reliant on user names and passwords,’ Eyelock CMO Anthony Antolino told CNNMoney. ‘If we’re going through a turnstile and you have authorization to go beyond that, it’ll open the turnstile for you, if you embed it into a tablet or PC, it will unlock your phone or your tablet or it will log you into your email account.'”

The software is being rolled out at some schools this fall. Kiddies will simply look into the binocular-shaped scanner, and it will “beep if they’re on the right bus and honk if they’re on the wrong one.” Apparently, this is cheaper and easier than having teachers tell kids where to go.

It also syncs with a mobile app to keep helicopter parents apprised of little Ava or Oliver’s every move, CNN.com reports.

“Every time a child boards or exits the bus, his parent gets and email or text with the child’s photograph, a Google map where they boarded or exited the bus, as well as the time and date.”

So basically, it’s now impossible for kids to peace-out and skip school undetected instead of getting on the bus. Is nothing sacred anymore?

The technology could soon be available at banks — “you can gain access to an ATM in a blink” — and airports — “the system will analyze your iris as you pass through security, identifying and welcoming you by name,” CNN.com reports.

If this means shorter lines at customs, we’re all for it. 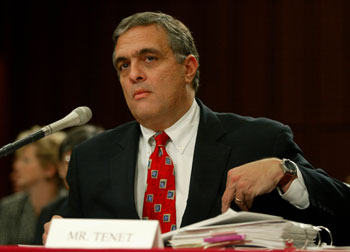