People visiting Brooklyn’s Transmitter Park will have to channel their inner Atticus Finch after a spate of mockingbird attacks in the area.

The attacks began about a week ago. “It’s so ridiculous,” Arthur Henry told The New York Times about an attack that happened last week and left him bloodied and frightened. “I’m scared of a bird.”

As the park only opened in Greenpoint last September, it’s thought the birds are not used to seeing so many people near their nests. Mockingbirds are fiercely protective of their young.

Mockingbirds can recognize humans that have previously been perceived as threats and a number of repeat-attacks have been reported. The birds watch people before circling their target and swooping in their direction. Pets have also been attacked.

According to NBC New York, both male and female mockingbirds attack, but males do so more often. The attacks are expected to become less frequent once the birds’ young become independent.

Until then, parkgoers will have to realize that they are way down the pecking order. 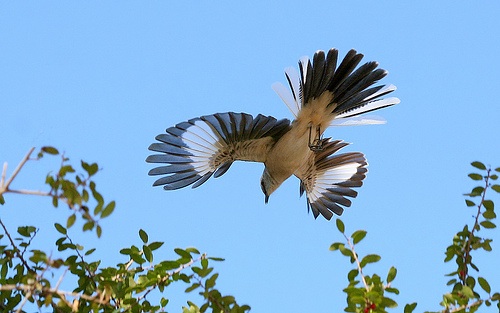