Former Justice John Wallace, Jr. has no interest in running for lieutenant governor, he told PolitickerNJ.com.

Wallace’s name has surfaced in recent weeks as a potential running mate for state Sen. Barbara Buono (D-18), the Democratic nominee for governor.

“People will talk about just about anything,” said the judge from Washington Twp., now an attorney with Brown and Connery.

Wallace was nominated and confirmed to the state Supreme Court in 2003, and found himself in the center of a controversy when Gov. Chris Christie did not re-appoint him in 2010.

Wallace was the first Justice of the New Jersey Supreme Court to be denied tenure in more than a half-century since the adoption of the 1947 State Constitution. Some Democrats liked the poetic justice angle of Wallace resurfacing on the Buono ticket and willful with the notion of payback.

But it’s not happening, he said.

“It’s not something I’m interested in,” the former justice re-iterated, adding that his interest has never been politics. 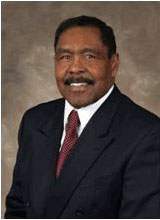