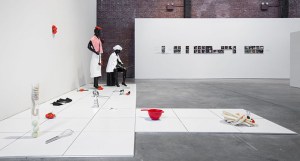 SculptureCenter’s whip-smart current show, which runs through Monday, is titled “Better Homes,” alluding to the issues of design and domesticity that curator Ruba Katrib takes up through the work of 16 artists. However, you could have been forgiven for taking that title as a simple statement of fact on a hot evening there earlier this month, when the museum welcomed guests for a talk with an absolutely beautiful spread of food—hearty sandwiches, cupcakes—and craft beer, plus those cute little cans of Perrier. Really the best food offerings I have ever encountered at a lecture. Truly a better home.

The evening’s speaker was Penny Sparke, a professor of design history and a pro vice-chancellor at London’s Kingston University whose recent books include 2010’s As Long as It’s Pink (worth picking up just for its cover) and 2008’s The Modern Interior. Sitting not next to Anthea Hamilton’s Kabuki Chefs (2012), a tiled floor laden with various kitchen implements and two chef mannequins (one bearing tomatoes on its head), Ms. Sparke regaled the crowd with the story of domesticity’s evolution from the 19th century through the early 20th, providing a rich accompaniment to “Better Homes.”

As middle-class men left the house to work in the 1800s, women became the keepers and designers of the home, where “modern, feminine subjectivity and identity were negotiated,” Ms. Sparke said. “It was a place where fashionableness could be demonstrated, and where women could express themselves in their new role as decorators.” Women met with contractors, and filled their homes with comfortable chairs, plants and pictures, creating a “very inward-looking home, dedicated to comfort, self-reflection, social interaction…and private spirituality.” 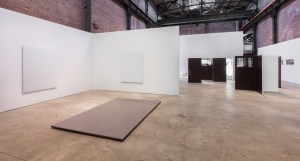 Modernism, to put it lightly, promoted a different model. Modernist designers and architects used “strategies to avoid domesticity,” Ms. Sparke argued, and wielded a very different terminology. “They don’t use the term home, they use dwelling, which is interesting, because home is tied up with domesticity,” she said. “Dwelling is much more functional…They attempt to eradicate the notion of feminine privacy and feminine identity, and that inward-looking domesticity.”

The modernists created homes—excuse me, dwellings—out of iron (later steel) and plenty of glass, which eliminated the strict boundary between inside and outside. Buildings like Joseph Paxton’s 1851 Crystal Palace in London inspired them, as well as factories and other environments that were open, transparent and, most importantly, focused on utility and efficiency. “They looked to these kind of spaces as models, these engineering spaces, they loved them,” she said.

“Actually we’re sitting in one of these space!” Ms. Sparke declared, gazing up at the brick building’s airy roof, which lets natural light into the gallery, constructed in 1907 as a trolley repair shop. “It’s a covered space, it’s not an interior…Interior has connotations of domesticity.” 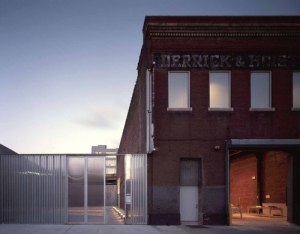 This modernist zest for efficiency quickly permeated the actual operation of the house in the early 20th century, as home economists like Christine Frederick transposed Frederick Taylor’s scientific study of labor into the kitchen. Women, armed with sewing machines, refrigerators and other modern appliances “began to call themselves not housewives, but homemakers.” Kitchens were designed to maximize productivity, for instance having a woman to sit on a stool and swivel easily among various tasks. Some designs even eschewed cabinet doors, since opening and closing them would waste time.

“There’s no aesthetic consideration,” Ms. Sparke said. “It’s not, ‘Does this kitchen look good?’ It’s, ‘Does this kitchen do its job?’ You wouldn’t see her. She would go in there, dressed up in her scientific laboratory gear and get on with it. It’s not a social kitchen. It’s a kitchen where work goes on.” Which sounds like a miserable kitchen.

On the plus side, this was motivated by real socialist convictions, and a committed opposition to consumerism, even if they were sometimes expressed inelegantly. “If you read Corbusier,” she said, “he’s very down on women shopping, and he’s negative about the idea of consuming and shopkeepers and the idea of bringing unnecessary things into the home.” 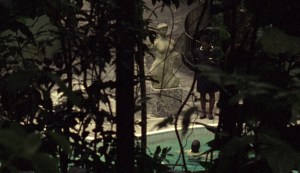 “We’re talking about men, primarily, with very few exceptions,” one audience member said of the modernists later in the talk. “What was their vision of women? Did they create a machine for living with the utopian sense that women would be freed up from the shackles of domesticity, and be freed up to be peers, or were they just obsessed with their own sense of the aesthetic of process, the aesthetic of efficiency?”

“Yeah,” Ms. Sparke paused for a moment, “I would say the latter,” eliciting laughter.

But the signs of that earlier domesticity were not so much vanquished by modernism as compartmentalized, or reconfigured. They endured. At one point Ms. Sparke queued up an image of Mies van der Rohe’s classic 1928–30 Tugendhat House in Brno, in the Czech Republic, its floor-to-ceiling glass windows looking out onto rich foliage. “In a way, the plants are providing the color, the texture—the chaos, if you like—the disorder you don’t get in the rest of the interior, which is ordered, minimal and controlled,” she said. “If you start looking at plants in some of these houses, you find what happened to that 19th-century domesticity, in different forms.” 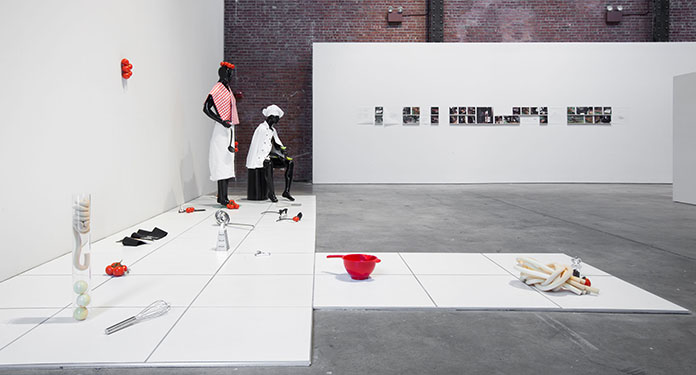