Maybe we’re just terrible people here at Betabeat, but there’s no cause, however charitable, that would move us to drink human armpit juice.

But apparently the fine, blonde people of Gothenburg, Sweden feel otherwise. According to the BBC, more than 1,000 Gothenburgers have consumed the fruits of a “sweat machine”—a contraption designed by engineer Andreas Hammar that converts human sweat into purified drinking . The stunt’s meant to raise awareness for a Unicef campaign highlighting the fact that nearly 800,000 of the world’s people don’t have access to clean drinking .

“Our Sweat Machine is a reminder that we all share the same ,” said Per Westberg, deputy executive director at UNICEF Sweden, in a blog post. “We all drink and sweat in the same way, regardless of how we look or what language we speak. is everyone’s responsibility and concern.”

Here’s how the machine works—and sorry you guys, it’s gross. After some perspiration-inducing activity, people take their sweat-soaked clothes and toss them into the sweat machine. Like a laundry drier, the sweat machine spins and heats the garments to extract their moisture, and then purifies the moisture so it’s potable. “We use a substance that’s a bit like Goretex that only lets steam through but keeps bacteria, salts, clothing fibres and other substances out,” Mr. Hammar told the BBC.

Mr. Hammar also said this quote, which will most likely be the yuckiest thing you read all day: “The amount of it produces depends on how sweaty the person is – but one person’s T-shirt typically produces 10ml [0.3oz], roughly a mouthful.”

The sweat machine was put on display at Sweden’s Gothia Cup, the world’s largest international youth soccer tournament, and people reportedly couldn’t get enough—literally. “People haven’t produced as much sweat as we hoped – right now the weather in Gothenburg is lousy,” said Mattias Ronge, chief executive of the advertising agency Deportivo, which organized the sweat-drinking stunt.

To solve the problem, they literally employed a team of volunteer cyclists to bike their faces off and produce enough sweat to meet the disturbingly high demand.

It might just be us, but there seem to be better, less disgusting stunts the Swedish people could employ to help raise awareness for shortages, such as controversial tweeting, or maybe anything with Alexander Skarsgård. 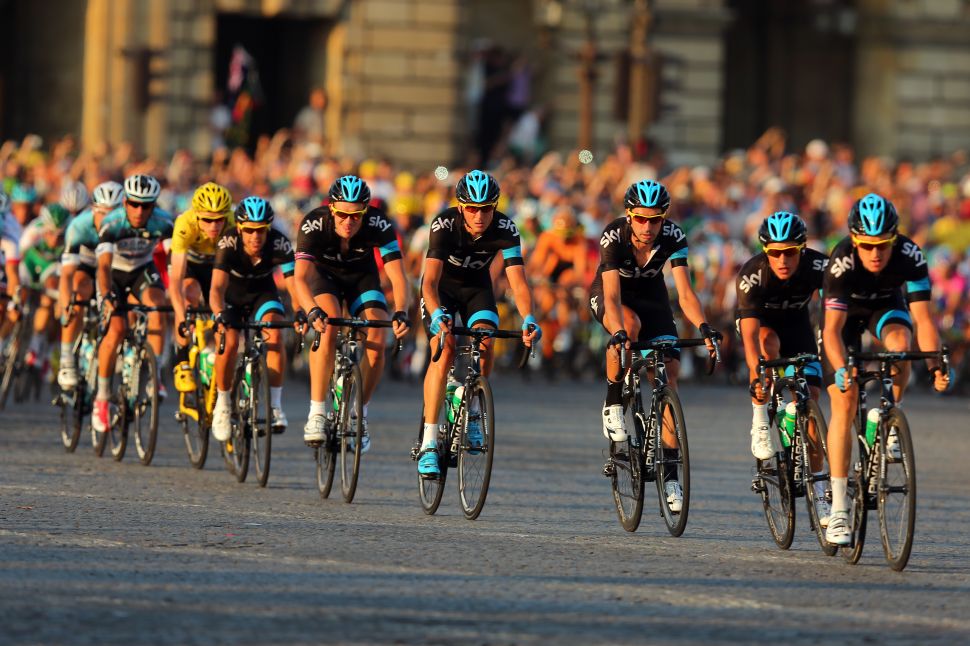