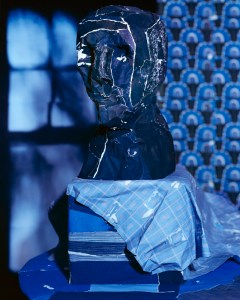 The third annual summer show organized by Derek Eller’s associate director Isaac Lyles, “Hair and Skin” teems with construction-paper gore. In Aneta Grzeszykowska’s video Holes, ears, breasts, sideways eyes and one vagina, all moving and in full color but sliced out of their bodies, slide past on a white background until hands reach into the frame to probe them, revealing how inhumanly ridiculous it is to consider the body’s functions separately, but Lionel Maunz’s Mine, a graphite drawing of a seated figure with an Enlightenment-era collar, a naked skull, gelatinous thighs and genitals, and one foot burnt to a blackened stump, answers with the monstrous, mysterious horror of their working together. Davina Semo’s I’LL NOT KEEP A MAN IN MY CREW WHO CAN’T DO HIS JOB, a dirty steel chain embedded in two cylindrical concrete weights, has the body as the fountain of meaning and action, while Warm for Your Form by Bobbi Woods, two silvery posters marked with handprints in enamel, are like a no-sided mirror: you can’t tell who’s the prisoner or which side you’re actually on. The layered carnality of Rona Yefman’s Shanghai Kate (back piece), a black silkscreen on untrimmed leather of a heavily tattooed woman’s back, reveals the body as an idea, nothing but a persistent image in the mind, while Mr. Maunz’s Excavator, Fornicator, a cast of plaster, burlap, yeast, epoxy, polyurethane, hair, teeth, fake nails and semen in the shape of a broken coffin, shows the body on the contrary as a mass productive of muck. Through equally strong work by a dozen other artists, this tense dialectic between “together” and “separate” continues. The only synthesis comes in Daniel Gordon’s two powerful C-prints, through layers of remove: in Midnight Blue Bust, a solemn, blue-period bust of crumpled indigo paper is flattened through the camera’s lens; in Shadow Eye Portrait, a red woman with ripped lips, detachable nose and six different shades of blond hair cut out of magazine ads asserts the paradox at once comforting and terrifying that no amount of dismemberment can conclusively sunder the body. (Through Aug. 15, 2013) 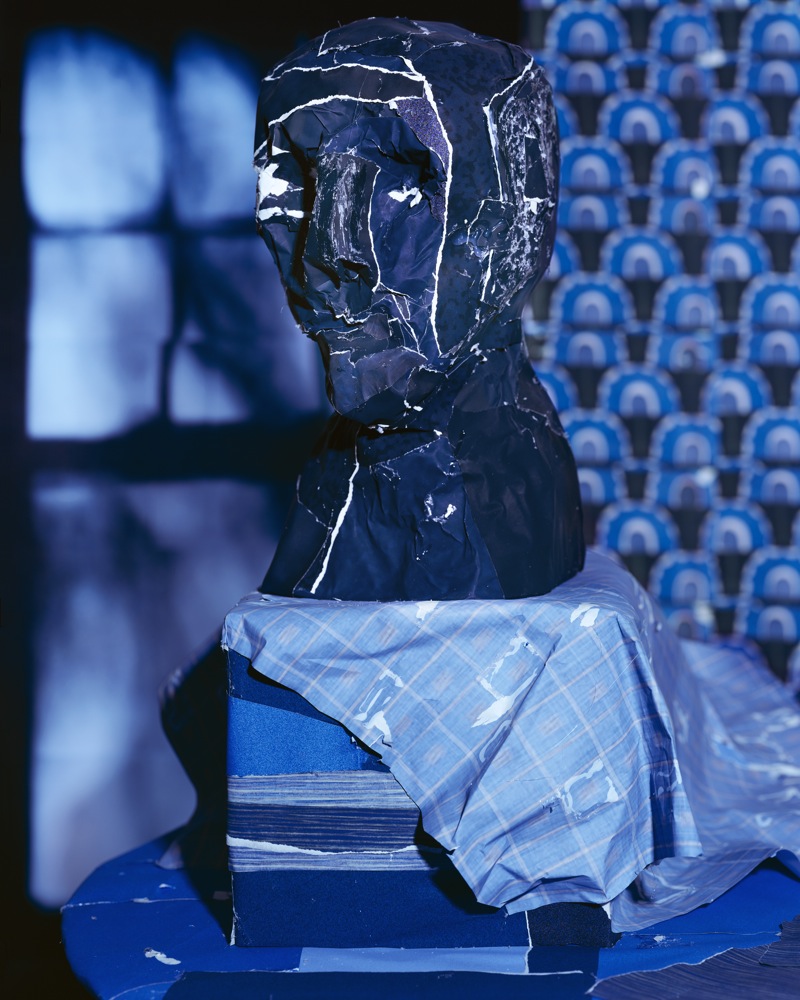