Instead, he selected another state senator.

“Every time Bob Smith fails he looks for someone else to blame,” Christie said of the Democratic senator from Piscataway, whose open space initiative failed on the floor of the Senate yesterday.

“It’s Bob Smith’s fault,” the governor added. “He’s no leader and a joke in the Senate.”

The governor chastised the senator from blocking the appointment of Hispanic leader Martin Perez to the Rutgers Board of Trustees for two years before Christie maneuvered around him, and for pointing fingers instead of looking in the mirror.

“He’s always blaming somebody,” Christie said. “He failed because he’s a failed leader. They got 22 votes yesterday and they needed 24. If they got their own party to vote yes, they would have passed it. Bob should count votes before putting stuff up on the board.”

At Monday’s voting session, the Smith-backed SCR160 failed. The legislation, through a constitutional amendment, would dedicate $200 million annually of the state’s sales and use tax revenue for the next thirty years for preservation of open space.

Christie opposed the measure, and today said he would work with the Legislature to preserve more open space.

Smith had been hopeful. “New Jersey has protected nearly 650,000 acres of open space since the inception of our preservation programs more than half a century ago,” the senator said in the lead-up to the vote. “These programs have bettered our water supply, improved our air quality and increased the quality of life for New Jersey’s families and children.

“Our current system requires the state to ask New Jersey voters time and again to dedicate funds towards the continued conservation of our state’s parks and forests, beaches, rivers and lakes and farmland. But once again, the funding has run out.

“It is imperative that we act swiftly to ensure the program’s continued success. With this Constitutional amendment, we can use existing revenue to create a constant stream of funding for these vital programs that will improve New Jerseyans’ quality of life for decades to come.” 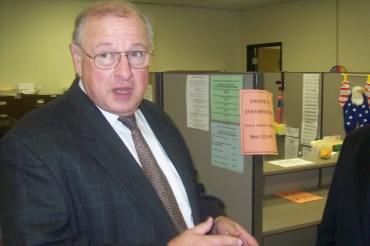