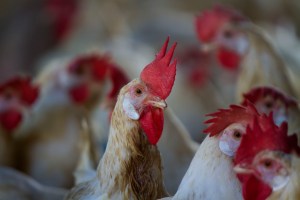 There are many reasons to read Joshua Rothman’s write-up of a walk through tour he did of the “John Singer Sargent Watercolors” show at the Brooklyn Museum, over at The New Yorker.

I, however, remain impressed by this part where he goes into some John Singer Sargent trivia with curator Teresa Carbone:

Before working on the exhibition, she said, she hadn’t been ‘one of those Sargent-o-philes.’ Now, ‘I think he was just absolutely amazing. He worked from dawn till dusk. But even when he was in his studio painting—if he was painting your portrait, he would take a break and play the piano. He was a chess master. He could sing. Apparently he could eat two chickens in one sitting.”

Presumably they weren’t alive at the time, but still, what a guy! Go read!