PISCATAWAY – In amplifying his endorsement today outside a mental health facility, former U.S. Rep. Patrick Kennedy heralded U.S. Rep. Frank Pallone (D-6) as a true working champion of the state’s working class and of those who often times must depend on government to survive – including veterans.

The son of the late Senator Edward Kennedy and the nephew of President John F. Kennedy, the Brigantine resident backed Pallone in the strongest possible terms and predicted victory for his former congressional colleague.

“I believe he will be the next senator,” said Kennedy, who believes the Democratic activist wing of the party will propel Pallone to victory in the Aug. 13 Democratic Primary.

Newark Mayor Cory Booker leads Pallone by as many as 40 points in at least one poll – Quinnipiac.

“They will come to the realization that there is no equal,” said the former congressman, who wrote the Mental Health Parity Act, which Pallone shepherded through to passage in the U.S. House.

A 16-year veteran of the U.S. Congress before his retirement, he repeatedly talked up Pallone as a true progressive with real, tangible accomplishments.

The men appeared at the University Behavioral Health Care facility and were joined by Assemblyman Pat Diegnan, (D-18), and Randy Thompson from the New Jersey Association of Mental Health and Addiction Agencies for a discussion about mental health and addiction treatment.

University Behavioral Health Care was established in 1971 as a division of the University of Medicine and Dentistry of New Jersey and is one of the largest providers of behavioral healthcare services in the country. 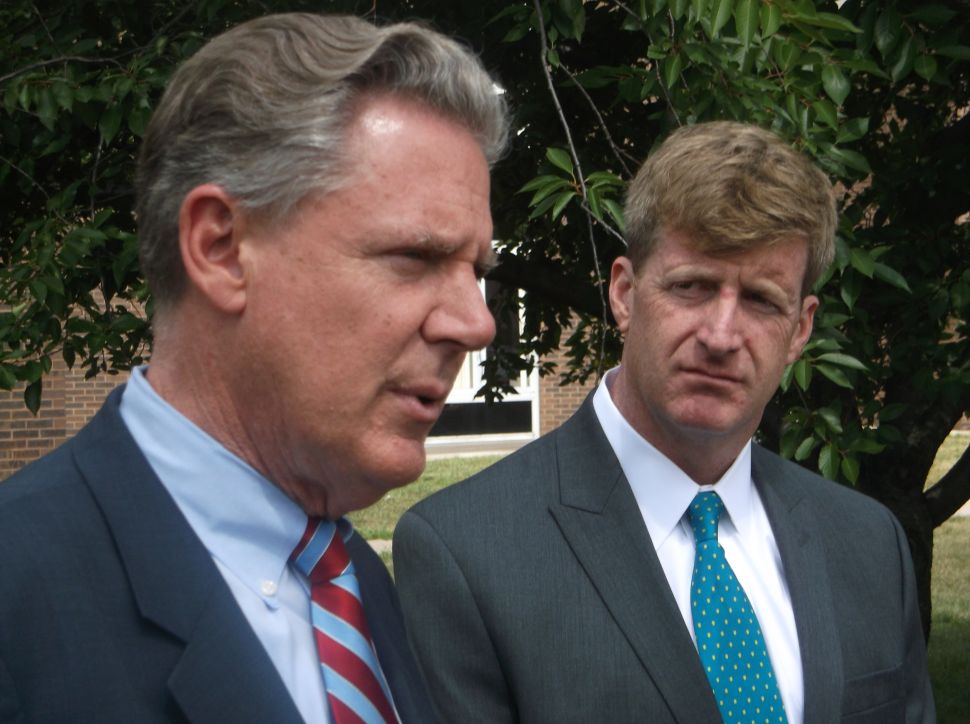